Big 12 walks away from merger talks with Pac-12 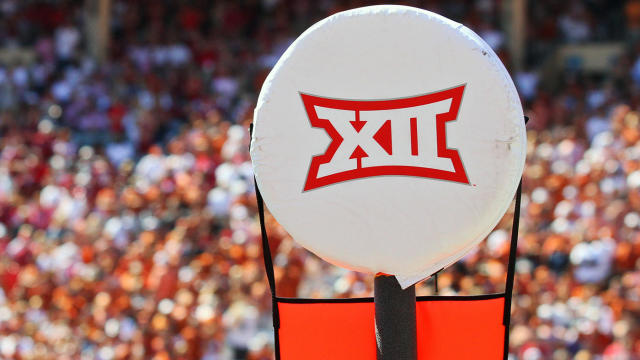 The Big 12 and Pac-12 have ended talks about a potential merger or partnership after multiple conversations between the conferences across the last couple of weeks. The Big 12 ultimately walked away from the negotiating table Monday night after reviewing its options.
The Big 12 reportedly approached the Pac-12 first with the leagues discussing options including a full merger, pooling television rights or a scheduling partnership, according to ESPN. Ultimately, the Big 12 believed a merger might be most beneficial but decided it had better options as adding many of the Pac-12's programs would not help the league substantially increase its media rights revenue.
While direct talks between the Big 12 and Pac-12 have ceased, the possibility remains that the leagues could impact one another during conference realignment. The Big 12 is still considering adding Pac-12 teams to its membership, a league source said on Monday night.
The Big 12 had been involved in deep discussions with as many as six Pac-12 schools about joining the conference: Arizona, Arizona State, Colorado and Utah along with Oregon and Washington. However, all sides appear to be in wait-and-see mode as Notre Dame (and NBC) make their decisions, ones that could impact the Big 12's media rights revenue.
The Pac-12 has been aggressive since USC and UCLA announced plans to leave the league in 2024. In addition to talks with the Big 12, the Pac-12 has spoken with the ACC about a potential scheduling partnership that could result in ESPN taking over parts of the Pac-12's television contract to put more games in front of a national audience. However, multiple reports refute the idea that partnership would be financially beneficial.
The Pac-12 Board of Directors provided approval for commissioner George Kliavkoff to begin negotiations for a new television contract as the league's existing deal expires in 2024. The Pac-12 is in the midst of an exclusive 30-day negotiating window with Fox and ESPN. Until television numbers are officially presented, it's unlikely any stakeholders involved will make a binding decision.
"Because the Big 12 media rights can't be negotiated until 2024, Pac-12 schools have no motivation to join the Big 12," a Pac-12 source told ESPN. "The Pac-12 has announced that they're staying together and are in the middle of media rights negotiations."
The Big 12 will likely begin similar media rights negotiations a year from now as its contract expires in 2025. New Big 12 commissioner Brett Yormark emphasized that maximizing TV revenue will be his most important job over the next three years. Multiple Big 12 sources have stated that the league was only interested in expansion if it would bring monetary value to the league.
"There is no higher priority than to best position the Big 12 for its upcoming multimedia rights negotiations," Yormark said. "Everything we do must create momentum for those negotiations."
Sports