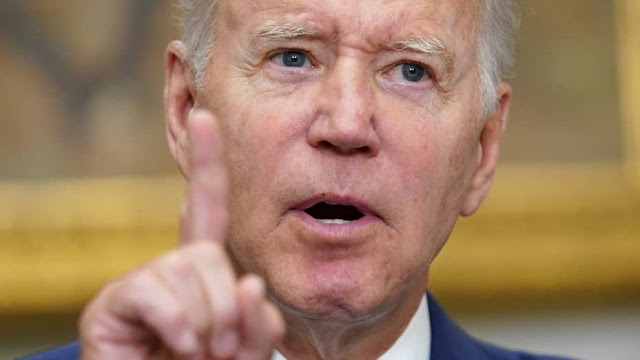 It took President Biden two weeks to unveil a substantive response to the Supreme Court decision reversing Roe v. Wade, a decision that returned abortion policy to the states and left our abortion-friendly administration few options for imposing its extremism.
Biden’s executive order contains no surprises — doubling and tripling down on the president’s emphatic pro-abortion stance — and offers little in the way of specifics. It is more a signal of the administration’s desire for expansive abortion access than a set of actionable policies.
The order, called the “Protecting Access to Reproductive Health Care Services,” leans heavily on the notion of “taking action” while offering little suggestion as to what precisely those actions might consist of or how they might be brought about.
It begins by pointing the finger at Congress, asking lawmakers to turn Roe’s anti-constitutional nonsense into national policy: “President Biden has made clear that the only way to secure a woman’s right to choose is for Congress to restore the protections of Roe as federal law.”
Even so, the president pledges to do “everything in his power to defend reproductive rights and protect access to safe and legal abortion.” But as the rest of the order makes clear, there’s not much in his power at all, and he hasn’t even managed to find much of a way to overstep his authority in service of abortion.
The Health and Human Services Department is tasked with such nebulous action items as “taking additional action to protect and expand access to abortion care,” including chemical-abortion drugs; “taking steps to ensure all patients . . . have access to full rights and protection for emergency medical care”; and “taking additional actions to expand access to the full range of reproductive health services.” These “steps” and “additional actions” are never fleshed out in any detail.
Following these vague pledges to “take action,” HHS will also “increase outreach and public education efforts regarding access to reproductive health care services—including abortion.” The order goes on to direct the Federal Trade Commission not to “take steps” but rather “to consider taking steps to protect consumers’ privacy when seeking information about and provision of reproductive health care services” — bureaucrat-ese for limiting the reach of pregnancy resource centers by curbing their free speech. And it directs HHS to cooperate with the existing White House Gender Policy Council to “lead an interagency Task Force on Reproductive Health Care Access,” which is primed to accomplish essentially nothing.
The only pieces of any real substance are a $3 million pledge to fund “appropriate training and resources” for HHS-funded Title X family-planning providers, a website to inform users of their “reproductive rights,” and a promise to recruit lawyers to defend those lawfully seeking or providing abortions.
In short, Biden and the executive branch can’t do much of anything about Dobbs — and abortion advocates know it. According to reports, the administration considered declaring a public-health emergency in response to the ruling in an effort to keep abortion clinics open, but ultimately decided against it. Part of the hesitance might be that laws such as the Hyde amendment proscribe direct federal funding for abortion; another element might be fear that expansive actions in favor of abortion could be turned in the other direction by a future pro-life administration. And the administration knows it faces courts primed to smack down any overreach.
Regardless of the reasons, this order reads like an angry shout of surrender, a declaration that, as much as Biden and his bureaucrats might relish enforcing abortion on demand on the entire country, they have yet to find a way of actually doing it.
Opinion