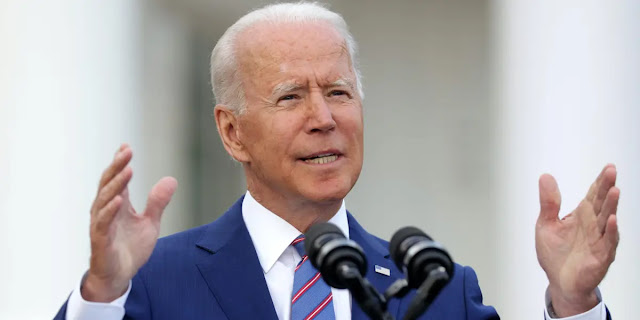 President Biden tested positive for the coronavirus on Thursday and is experiencing mild symptoms, the White House announced in a statement.
The president, who is 79 years old, is fully vaccinated against COVID-19, but the development is certain to trigger concerns about his health given his age. White House press secretary Karine Jean-Pierre said that Biden is taking Paxlovid, an antiviral therapy given to patients with COVID-19.
“This morning, President Biden tested positive for COVID-19.  He is fully vaccinated and twice boosted and experiencing very mild symptoms. He has begun taking Paxlovid. Consistent with CDC guidelines, he will isolate at the White House and will continue to carry out all of his duties fully during that time,” Jean-Pierre said in a statement.
The White House shared a memorandum from Biden’s physician, Dr. Kevin O’Connor, that said the president is experiencing a runny nose, fatigue, and an “occasional dry cough” that began on Wednesday evening. O’Connor said he recommended Biden starting on Paxlovid.
“The President is fully vaccinated and twice-boosted, so I anticipate that he will respond favorably, as most maximally protected patients do,” O’Connor wrote.
The news came hours before Biden was scheduled to depart Washington for a trip to Pennsylvania to speak about gun violence prevention and attend a Democratic National Committee fundraiser.
Biden, who is not know to have tested positive for the virus before, returned home from an overseas trip to the Middle East over the weekend and visited Massachusetts on Wednesday for a climate-focused speech.
He has been hosting large gatherings in recent weeks and interacting with supporters on the road as the White House has sought a return to normal despite the pandemic. Biden received his second COVID-19 booster shot in March.
White House officials have previously acknowledged the possibility of Biden contracting COVID-19 as normal activities resumed with the wide distribution of vaccines.
Still, officials say they have taken some precautions around Biden, such as testing those who come in close proximity to the president in the West Wing.
Jean-Pierre said Thursday that Biden spoke by phone with members of his staff that morning and that he planned to participate in meetings by phone and Zoom from the White House residence.
She said that Biden would isolate until testing negative for the virus and that the White House would share daily updates on his health status. Close contacts of Biden will also be notified by the White House medical unit, she said, adding that Biden last tested negative on Tuesday.
Later, the president’s Twitter account shared a photo of Biden working in quarantine.
“Folks, I’m doing great. Thanks for your concern. Just called Senator [Bob] Casey, Congressman [Matt] Cartwright, and Mayor [Paige] Cognetti (and my Scranton cousins!) to send my regrets for missing our event today,” Biden tweeted. “Keeping busy!”
Michael LaRosa, a spokesman for first lady Jill Biden, said that she had tested negative Thursday morning in Detroit and would keep her full schedule in Michigan and Georgia where she is touring summer learning programs with Education Secretary Miguel Cardona.
“She will continue following CDC guidance with masking and distancing,” LaRosa said in an email.
Kirsten Allen, a spokeswoman for Vice President Harris, tweeted that Harris tested negative on Thursday morning and would continue her scheduled as planned. She last saw Biden on Tuesday, Allen said.
Biden joins a growing number of people in the White House who have contracted the virus, including Harris, who tested positive in April. West Wing officials are widely vaccinated.
Biden is the second president to contract COVID-19. Former President Trump tested positive for the virus in October 2020, before COVID-19 vaccines were available. He was hospitalized at Walter Reed National Military Medical Center for three days to receive treatment, and reports since have shown he was sicker than he let on at the time.
National