Biden administration knows there is no climate emergency 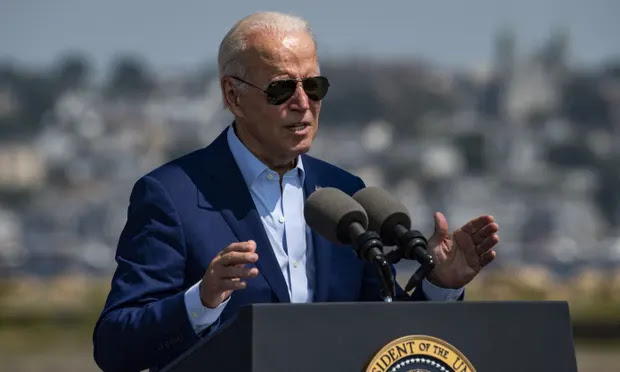 There is no climate emergency.
The Biden administration knows this, which is why the president has — so far — declined to declare a state of emergency regarding climate change. But he is under pressure to do so and, being very easy to push around, he very well may end up doing so.
That there is no climate emergency is a judgment that can be made irrespective of one’s views about the climate-change issue per se, about which we acknowledge there is good-faith disagreement in addition to a great deal of cynical political opportunism. But even if the worst climate-change scenarios are what’s in store for us, this is not an emergency in the legal sense, meaning the sense necessary for the legitimate activation of presidential emergency powers. An emergency is an unexpected crisis, not a long-expected development. Climate change is not a sneak attack or a sudden epidemic; we have been having congressional discussions and debate about climate policy for 40 years — since the 1982 testimony of James Hansen, at that time director of NASA’s Goddard Institute for Space Studies. Congress has had many opportunities to enact sweeping legislative changes in response to climate-change concerns, and Congress has, so far, declined to do so. Choosing not to act is a choice, one that Congress is empowered to make without being overridden by the president.
It is the job of the lawmakers to make the laws and the job of the executive to execute them. Call us quaint, but we remain committed to the principle that if there is to be a large and significant change in federal climate policy, then this requires congressional action. The president is not an elected dictator. Joe Biden reminds us of a few famous characters (perhaps a hybrid of Ron Burgundy and Mr. Magoo), but Julius Caesar is not one of them.
Contrary to what some people — including some presidents! — seem to think, presidential emergency powers are not open-ended: The president cannot simply declare an emergency and then proceed to rule by decree like Charles de Gaulle. There are 136 emergency powers defined in federal statutes, some of them irrelevant (e.g., the power to draft World War II veterans otherwise exempt from conscription) and many of them very narrow (“Secretary of Transportation may waive vehicle weight limits on Interstate 95 between Augusta, ME and Bangor, ME for bulk shipments of jet fuel to the Air National Guard Base at Bangor International Airport”), and almost none of them touching anything to do with climate. The president could suspend offshore oil leases — and pay compensation to the lessees. We expect that writing multibillion-dollar checks to oil companies — whose executives will happily cash them and then wait to drill and sell that oil in a few years — is not precisely what the Green New Dealers have in mind. And, at any rate, all federal lands combined account for only a minor share of U.S. oil and gas production.
The president does have the power to nationalize coal distribution — that is intended to make sure the coal-fired plants keep running during a war rather than to stop them from running, but there are creative people in every White House.
We expect that Biden will be inclined to do what so many presidents before him have done and issue rafts of executive orders with no regard for such niceties as whether these are in fact legal, creating the illusion of robust action and leaving it to the courts or Congress to work out what is legitimate and what isn’t — and delaying tactics must be attractive to a president who is a very lame duck and may very well be looking to run out the clock.
U.S. national-emergency law could use reforming. Some 79 national emergencies have been declared under the 1976 National Emergency Act — and 42 of them are still in effect, the oldest of them dating from 1979. Mostly these are sanctions targeted at foreign governments, terrorists, and criminal organizations — Iran, Colombian drug cartels, “Persons Who Threaten International Stabilization Efforts in the Western Balkans,” etc. Some of them, such as the prohibition on trading rough diamonds from Sierra Leone, are not emergencies at all, however worthy the cause, and properly the domain of legislation rather than emergency action. The Trump administration’s Covid-19 emergency remains in effect. With few exceptions, these speak to concerns that are in many cases legitimate but are hardly emergencies, and the policies involved should be regularized via ordinary legislation if they are to continue.
Once again, Congress has a golden opportunity to do its job.
Democrats behave as though Biden’s climate agenda is dead in Congress because one senator opposes it; in reality, it is dead because 51 senators oppose it. Emergency powers exist to ensure that the national government can act effectively during unexpected crises — not to make an end-run around democracy when democracy doesn’t give the president the outcome his party wants.
We have had many debates about climate policy, and, so far, the activist side has lost the debate in Congress. We can have another debate if the climate activists want. But the place for such debates is in Congress, and the instrument for creating any new policy is law.
Opinion