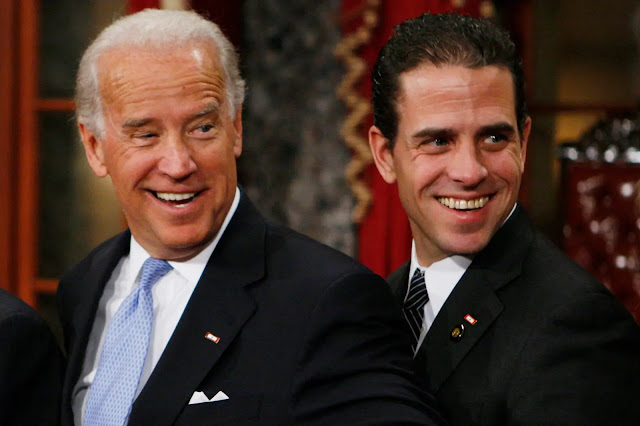 Ranking Member of the House Oversight Committee Rep. James Comer, R-Ky., sent a letter to U.S. Treasury Secretary Janet Yellen this week alleging that the federal agency is withholding documents that detail the foreign transactions conducted by the president’s son, Hunter Biden.
Hunter has been the focus of controversy for his foreign business dealings, especially how his father may have been involved. He is currently under investigation by the Department of Justice.
Rep. Comer has called on the Treasury Department to provide suspicious activity reports and other documentation “regarding Hunter Biden and other Biden associates and family members’ suspicious foreign business transactions flagged by U.S. banks” but says he has not received them.
“The Biden Administration is restricting Congress’ access to SARs, and Committee Republicans are investigating whether this change in longstanding policy is motivated by efforts to shield Hunter Biden and potentially President Biden from scrutiny,” Rep. Comer wrote in his letter, not his first to the agency on this issue. “Though the Committee requested documents and information ‘no later than June 8, 2022,’ the Department of the Treasury has provided no documents or information.”
Hunter Biden attended a ceremony in the East Room of the White House for Medal of Freedom recipients Thursday.
Rep. Comer argued that the Treasury has publicly boasted of its transparency, making this refusal worse.
“According to the Wall Street Journal, the Biden Administration claimed, ‘Treasury has made SARs available for every request we’ve received, regardless of party, and will continue to do so,’” he wrote. “This is not true. During a phone call on June 13, 2022, Treasury officials informed Committee Republican staff that they will not provide SARs to Committee Republicans unless Democrats join the request. It is troubling that the Biden Administration is willing to provide a false story to the media to create the appearance of transparency while continuing to thwart congressional oversight.
“The American people deserve to know whether the President’s connections to his son’s business deals occurred at the expense of the United States’ interests and whether they represent a national security threat,” he added.
The Treasury Department and the White House did not respond to a request for comment in time for publication.
Posted by High Plains Pundit on July 11, 2022
Email ThisBlogThis!Share to TwitterShare to FacebookShare to Pinterest
Tags: National