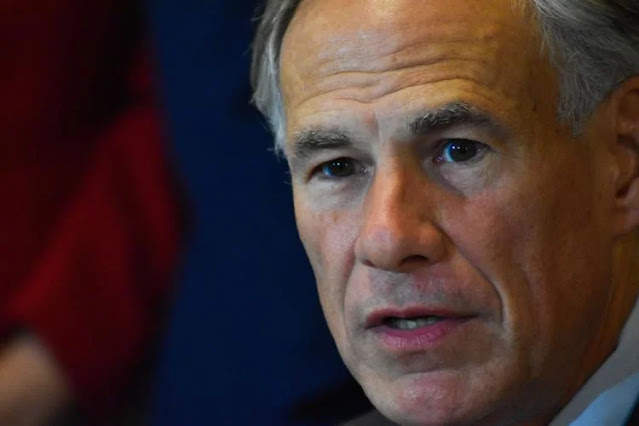 By Bethany Blankley
Gov. Greg Abbott says Texans should expect a large property tax cut when lawmakers return to session next year.
Abbott's pledge came after Texas Comptroller Glenn Hegar announced record amounts of tax revenue over the past several months has led to an unprecedented surplus of an expected $30 billion or more over the next biennium. Numerous groups, including Texans for Fiscal Responsibility, have called for the surplus to be returned to taxpayers and for the legislature to enact meaningful property tax reform.
Homeowners in Texas currently pay the sixth-highest property taxes in the U.S., with some homeowners seeing double digit increases in their bills in one year.
Conservatives and the Republican Party of Texas have consistently called on the Republican-led legislature to pass meaningful property tax relief, which hasn’t happened while Abbott’s been in office. During the last legislative session, the Republican-led House squashed a bill introduced by state Sen. Paul Bettencourt and Rep. Tom Oliverson, Houston Republicans, that would have cut property taxes.
Their bill was based on a Texas Public Policy Foundation "Lower Taxes, Better Texas" plan crafted by TPPF chief economist Vance Ginn.
Ginn wrote that property taxes can be eliminated over time by using excess state revenue to pay down local school taxes. Public school district taxes constitute the largest portion of property tax bills. A new tax structure, if implemented, would move toward funding local governments primarily through sales tax revenue while also fully funding public education.
The proposal would “eliminate property taxes for every Texan by 2033 or sooner, while also making structural changes to the system that prevent year-to-year spikes in tax bills and rein in irresponsible local governments,” Ginn said.
“Texans will never experience the peace of mind that comes with owning their home until property taxes are eliminated," he added. "Until then, Texans are simply renting their home from the government, always with the fear that taxes could become so exorbitant they can no longer afford to stay.”
Ginn welcomed Abbott’s pledge, saying there’s an “historic opportunity to substantially lower property tax bills while funding core services next session if state and local governments practice fiscal prudence and use surplus funds to reduce M&O property taxes. This will make taxpayers a priority given the affordability crisis affecting Texans from irresponsible progressive policies by the federal and many local governments.”
Others also have called for the appraisal process to be reformed.
Janet Dudding, a Democrat running for state comptroller hoping to unseat Hegar in November, said he “abused his position as chairman of the Senate Finance subcommittee to kill appraisal reform – that would’ve lowered property taxes – to benefit his donors.” She argued that Hegar is one reason why Texans’ property taxes are so high.
Hegar’s campaign said he’s been “a relentless fighter against tax increases on hard-working Texans,” and has helped cut millions of dollars in taxes.
As comptroller, Hegar identified and led the effort to repeal eight “outdated taxes to reduce administrative burdens on business owners and provide tax relief to hard working Texans,” he said, saving Texans $18.3 million. He also voted for a $4 billion tax and fee relief package in the 84th legislative session and pledged to “oppose any and all efforts to increase taxes” as a state legislator.
Abbott’s campaign has publicized a Taxpayer Bill of Rights, which links to a 2018 document. In the last two decades, property taxes have increased by 200%, Abbott said, forcing some Texans out of their homes. His plan is to cap property tax revenue growth and strengthen private property rights, according to his campaign.
Abbott's Democratic challenger, Robert “Beto” O’Rourke, argues, “In the seven years that Abbott has been governor, property taxes have skyrocketed $20 BILLION” because he’s allowed “corporations to manipulate the appraisal process and shift billions upon billions of dollars of their tax burden onto the rest of us.” In order to reduce "property taxes for families and small businesses,” O’Rourke pledges to raise taxes on “wealthy corporations.”
He also claims Abbott has “mismanaged the state budget and pushed the majority of Texas’ school finance burden onto local taxpayers.” The state used to split the cost of public education 50-50, but now pays 40 percent, he said, “driving up school property taxes.” He’s also vowed to increase state funding for public schools.
Abbott’s campaign argues he’s “reduced property taxes for Texans by over $18 billion since taking office, while Beto has an established track-record of increasing property taxes while serving on the city council in El Paso.”
Under Abbott, the state legislature has allocated record amounts to public school education. And for the first time in state history, Abbott signed a bill into law limiting state spending by tying it to population growth plus inflation.
Texas