You reduce crime by disincentivizing it 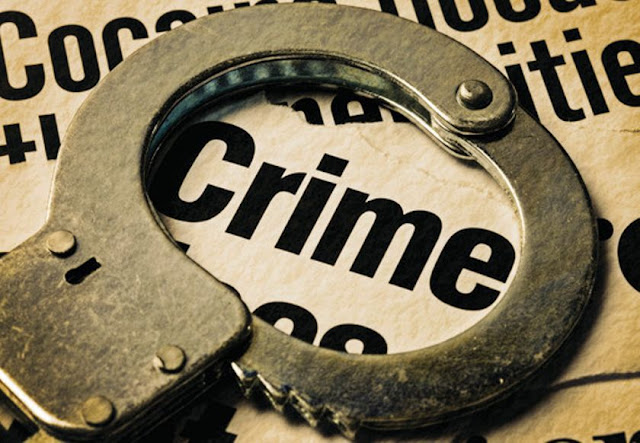 We now live in an era where mass looting is viewed as an urban sport more than a crime. While retail sellers have always had to deal with some degree of theft, in just the past few years the problem has turned into an epidemic, with some stores being hit so often that they’ve been forced to close. Some looters travel in packs while others operate as lone wolves. So what’s at the core of this problem? If we can identify the cause, we may stand a better chance of finding a cure. At the Free Beacon this week there is a case study that suggests an answer. Ronald Thomas has become something of a legend in the Washington, D.C. area, but not for any good deeds. He’s been arrested for looting so many times that he may have set some kind of record. He’s pulled off heists in both Maryland and Virginia, often committing robberies while he was awaiting trial for previous crimes.
And thanks to two liberal prosecutors in the Washington suburbs, he’s almost never spent more than a few hours behind bars:
Two George Soros-backed prosecutors in suburban Washington, D.C., bounced a serial looter who committed multiple grand larcenies and assaulted a cop between their offices for years without a felony conviction.
Fairfax County commonwealth’s attorney Steve Descano (D.) and Arlington County commonwealth’s attorney Parisa Dehghani-Tafti (D.) since 2020 dismissed or declined to prosecute a 25-year-old Maryland resident for nearly a dozen charges related to larceny. The looting incidents amounted to thousands of dollars in stolen merchandise and include felony offenses, including two grand larcenies and one assault on a police officer, making the offender eligible for years behind bars. The prosecutors found the looter guilty of just a few misdemeanors. No verdict levied more than a few hundred dollars in fines, and he served no time in prison.
The out-of-state offender, Ronald Thomas, spent virtually no time in jail after his arrests thanks to bail reform policies instituted by Descano and Dehghani-Tafti.
So commonwealth attorneys Steve Descano and Parisa Dehghani-Tafti, both Democrats, have basically been playing ping pong with Ronald Thomas for years. In addition to more than a dozen known robberies, he’s also assaulted a police officer. Each time he is brought in by the police, these “prosecutors” either decline to press charges and turn him loose or give him a ridiculously small fine and send him on his way. The idea of holding him over before trial with any sort of cash bail clearly never entered their minds. (I”m sure that would have been considered racist.)
This brings us back to the question of root causes and potential solutions. What possible incentive does Ronald Thomas have to stop looting stores? His own recent life experiences inform him that society tolerates his misbehavior and he will not face any sort of impactful punishment for continuing to steal. Stealing is easier than working for a living and he won’t be removed from the streets as a result. In that sense, Thomas probably sees looting as “his job” at this point.
Rafael Mangual of the Manhattan Institute told the Free Beacon something that should have been immediately obvious. When bail reform laws drastically decrease the chance of accused looters being detained while awaiting trial, the number of accused or even previously convicted looters on the streets at any given time will rise. That will lead to more cases of crimes being committed by those awaiting trial. This effect was observed and studied in Cook County, Illinois after they implemented bail reform in 2020. Crimes in that category perpetrated by those awaiting trial rose by 45%.
You reduce crime by disincentivizing it. When the real-world cost of committing crimes rises significantly, would-be criminals will at least be a bit more cautious about perpetrating such deeds. The problem with Descano and Dehghani-Tafti is that they are literally incentivizing crime. Repealing bail reform laws and installing prosecutors who will actually take their jobs seriously would go a long way toward minimizing these cases of mass looting and serial looting. If we have to expand or build more jails to make that happen, so be it. The other option is to essentially implode the capitalist system by making it unprofitable to operate a business. Of course, maybe that’s part of the longer game plan we’re seeing with all of these bail reform laws.
Posted by High Plains Pundit on June 02, 2022
Tags: National