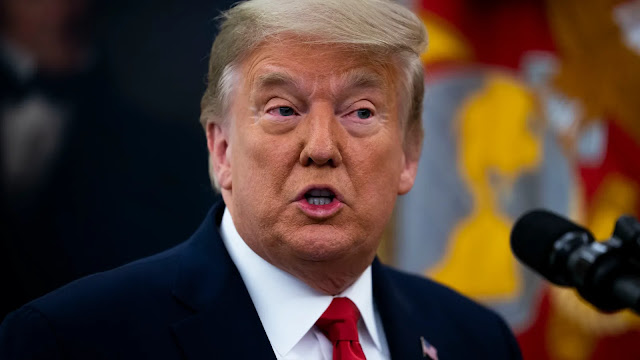 Former President Trump blasted Thursday’s prime-time Jan. 6 committee public hearing and continued to push claims that the election was “rigged.”
In a statement released via his Save America PAC, Trump referred to the House committee investigating the incident as the “unselect committee of political thugs.”
He referred to the 2021 Capitol riot as the “greatest movement” in the history of the U.S., adding that it was aimed at “making America great again.”
“The Unselect Committee didn’t spend one minute studying the reason that people went to Washington, D.C., in massive numbers, far greater than the Fake News Media is willing to report …” Trump said.
Trump’s comments come shortly before the select committee is slated to hold its first televised hearing following a yearlong investigation into the events of the day.
Before the attack, Trump made a speech from the National Mall to supporters, encouraging them to march to the Capitol building and demand that Congress halt the certification of the 2020 election results.
Prior to Jan. 6, 2021, the president and members of his inner circle had repeatedly claimed that the election was tainted by widespread election fraud. His campaign mounted a slew of legal challenges to contest the election results in multiple states. Most of them were unsuccessful.
Trump was impeached a second time by the House and later acquitted in the Senate for his role in the events of Jan. 6.
Some Democrats hope that the select committee’s findings will amp up the pressure on the Justice Department to prosecute close Trump associates or even the former president himself in connection to the riots.
“I think there will be an increasing demand that something has to happen,” Rep. Jan Schakowsky (D-Ill.) said. “This may be a turning point; the hearings may prompt a kind of response I think many Americans would like to see.”
The GOP has slammed the hearings as political theater and promised “counterprogramming” to push back on its narrative.
House Republicans also announced their intent to conduct their own investigation into the Jan. 6 committee should they overtake leadership of the chamber.
Seven people died in connection to the riots, and roughly 150 police officers were injured while sparring with the rioters.
While the hearings will be streamed on major news channels like CNN and MSNBC, Fox News Channel has announced that it will not provide continuous live coverage on Thursday evening.
Posted by High Plains Pundit on June 10, 2022
Email ThisBlogThis!Share to TwitterShare to FacebookShare to Pinterest
Labels: National