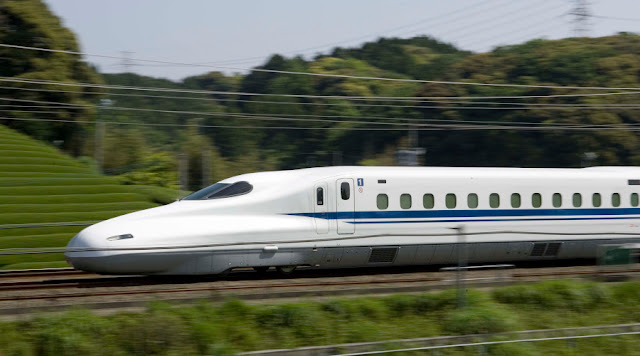 The Texas Supreme Court issued a 5-3 ruling upholding Texas Central’s right to use eminent domain to construct its planned high-speed railroad between Houston and Dallas on June 24.
Justice Debra Lehrmann delivered the court’s majority opinion with Chief Justice Nathan Hecht, Justice Brett Busby, Justice Jeff Boyd and Justice Evan Young joining. Justice Rebeca Huddle delivered the dissenting opinion with Justice Jimmy Blacklock and Justice John Devine joining. Justice Jane Bland did not participate.
Texas Central itself did not respond to a request for comment from Community Impact Newspaper. Peter LeCody, the president of the Dallas-based nonprofit Texas Rail Advocates—which filed an amicus brief in support of Texas Central—said the decision opened doors to new rail companies wanting to lay tracks in Texas but that there was still uncertainty about the project.
“It wasn’t about if high-speed rail is good or bad for Texas; it’s if Texas Central had the authority to purchase a strip of land for the rail,” LeCody said. “[However], with the pandemic in place for two years and six months of diddling from the Supreme Court, where does this leave Texas Central? That’s the question.”
The project is intended to be a high-speed rail route between Houston and Dallas, according to the company’s website. The project would use a system modeled after Japanese Shinkansen bullet trains to transport passengers between the two cities in 90 minutes.
The railroad has faced questions over its viability with Texas Central not having acquired a federal permit to begin construction and its CEO Carlos Aguilar stepping down June 13. In the court case, a group of county judges whose counties lie in the train’s path filed an amicus brief claiming the company owed thousands of dollars in unpaid property taxes in March.
In the majority opinion, Lehrmann wrote the court was not deciding on the likelihood of Texas Central succeeding but rather on statutes of eminent domain—the power to seize private property for public projects, which can be granted to private companies by the state.
“The case involves the interpretation of statutes relating to eminent domain; it does not ask us to opine about whether high-speed rail between Houston and Dallas is a good idea or whether the benefits of the proposed rail service outweigh its detriments,” Lehrmann wrote.
The majority opinion held Texas Central qualifies as an interurban electric railway under the Texas Transportation Code and thus had the power of eminent domain.
The Supreme Court’s decision stemmed from a case filed in Leon County, where landowner Jim Miles alleged the railroad company did not have the authority to use eminent domain. The suit questioned Texas Central’s status as a railroad company, alleging that it did not have operating trains anywhere.
The case made its way to the Court of Appeals in the 13th District before being appealed to the Supreme Court in 2021. The court heard oral arguments Jan. 11.
In the dissenting opinion, Huddle wrote the statute referring to “interurban electric railways” meant construction of trolley-scaled railways for city street usage.
“But it [blinkers] reality to conclude, as the Court does, that the same trolley-car statute confers eminent domain power on private entities aspiring to build—in 2022—a massive $30 billion infrastructure project capable of supporting an elevated, 672-foot-long high-speed train as it traverses hundreds of miles and thousands of privately owned parcels between Houston and Dallas,” Huddle wrote.
Both Lehrmann and Huddle noted it is the state Legislature’s responsibility to provide options for landowners in Miles’ situation, though Huddle noted the court’s decision placed the responsibility on the Legislature.
Texans Against High-Speed Rail, a nonprofit opposing the project, shared a statement on Facebook from Miles, who said he was “disappointed” with the court’s ruling.
“Despite our disappointment, let us be clear that this ruling breathes no life into Texas Central or its project,” Miles said. “If Texas Central feels otherwise and decides to continue this charade, we will be there to challenge them each step of the way before they step one foot on our property.”
Texas