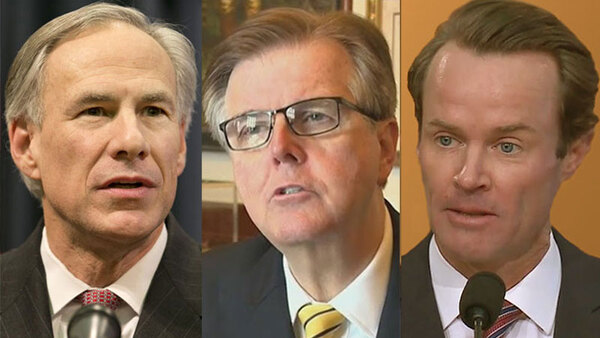 As part of its immediate response to the Uvalde shooting, Texas leaders approved over $100 million in expenditures such as bulletproof shields, silent panic alert technology, and bolstered rapid response training.
Announced by Gov. Greg Abbott on Tuesday, the expenditures include:
$50 million for bulletproof shields for school law enforcement
$17.5 million for schools to install silent panic alert systems
$10 million for law enforcement rapid response trainings and associated travel expenses
$7 million to the Texas School Safety Center to fund campus safety assessments
$5.8 million to expand telemedicine access for children
$5 million to the Department of Public Safety for an expansion of fusion centers
$4.7 million for therapy to rehabilitate serious juvenile offenders
$950,000 to grow the number of Coordinated Specialty Care teams across the state
An additional $5 million expenditure was approved for the Hill Country Mental Health & Developmental Disabilities Center to service Uvalde after last month’s tragedy.
“The State of Texas is acting swiftly to ensure our schools are secure and that children, teachers, and families across Texas have the support and resources they need to be safe as we work to prevent future tragedies like the heinous crime committed in Uvalde,” Abbott said in a release.
The first item was popularized by Lt. Governor Dan Patrick shortly after the dust settled over the Uvalde incident, during which a bulletproof shield was not on-scene until about 20 minutes after the gunman first entered Robb Elementary School. Patrick called for immediate approval so that as many shields as possible could be in use by the start of the next school year.
“A few weeks ago, I said I wanted to ensure we provided bullet-resistant shields to our schools as soon as we could,” Patrick added on Tuesday. “In the upcoming session, we will build on the $100 million we appropriated in 2019 after the Santa Fe tragedy, for these issues, and more.”
A few days later, Speaker Dade Phelan (R-Beaumont) released an expanded version of expenditures — among which included the $50 million shield expense. His proposal also included most of the items in this finalized list, some of which are not receiving as much money as he initially suggested.
Foreshadowing more measures to come, Phelan said, “Important policy discussions and debates remain on how the legislature will tackle issues such as school safety, mental health, firearm safety and more, but this important first step will ensure that action is taken and implemented before school starts again in August.”
Budget execution is a process by which appropriations in the current budget are shifted to other purposes by the Legislative Budget Board (LBB), meant for emergency expenditures.
The money will be transferred from the Foundation School Program Fund — the school “recapture” mechanism that sends property tax collections from wealthier school districts to poorer ones — which to date has a budget surplus. Because of the surplus, the LBB’s letter reads, “These proposed transfers do not alter the allocation of money between particular programs or statutory allotments under the foundation school program.”
Texas