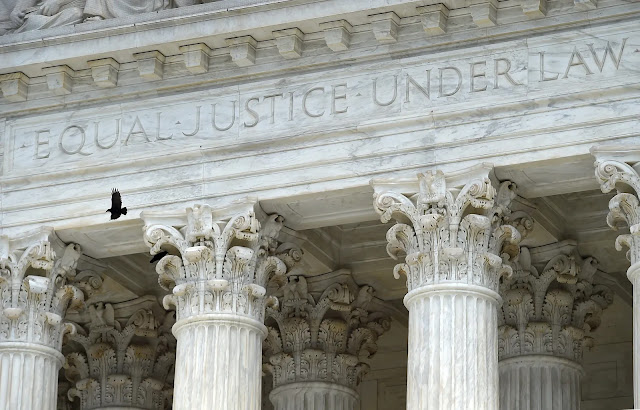 The Supreme Court on Wednesday ruled that Oklahoma authorities can prosecute certain crimes on Native American lands, narrowing a landmark victory that tribes in the state had won from the court just two years ago.
Justice Brett Kavanaugh wrote the decision for a 5-4 majority, ruling that both state and federal law enforcement have jurisdiction to prosecute certain crimes committed in tribal territory.
“We conclude that the Federal Government and the State have concurrent jurisdiction to prosecute crimes committed by non-Indians against Indians in Indian country,” Kavanaugh wrote.
He was joined in the majority by Chief Justice John Roberts as well as Justices Clarence Thomas, Samuel Alito and Amy Coney Barrett.
Justice Neil Gorsuch, a member of the court’s conservative wing, joined the three liberal justices in dissent.
Gorsuch, who wrote the landmark 2020 ruling in McGirt v. Oklahoma that found much of the state belongs to the Muscogee Nation, said in his dissent on Wednesday that the majority is defying the country’s history in establishing sovereignty for Native American reservations.
“Now, at the bidding of Oklahoma’s executive branch, this Court unravels those lower-court decisions, defies Congress’s statutes requiring tribal consent, offers its own consent in place of the Tribe’s, and allows Oklahoma to intrude on a feature of tribal sovereignty recognized since the founding,” Gorsuch wrote. “One can only hope the political branches and future courts will do their duty to honor this Nation’s promises even as we have failed today to do our own.”
The legal challenge was brought by Victor Manuel Castro-Huerta, a non-Native American who was tried and convicted by the state on child neglect charges over his treatment of his Cherokee stepdaughter. His case was in the appeals process when the Supreme Court issued its ruling in McGirt, and Castro-Huerta argued that the federal government had exclusive jurisdiction to bring charges against him, as opposed to Oklahoma state prosecutors.
The McGirt decision was seen as a landmark victory for Oklahoma’s tribes. It established that much of the eastern part of the state, including Tulsa, belonged to the Muscogee Nation.
“Today we are asked whether the land these treaties promised remains an Indian reservation for purposes of federal criminal law,” Gorsuch wrote at the time. “Because Congress has not said otherwise, we hold the government to its word.”
Gorsuch and the four liberal justices at the time formed the majority in McGirt, but Ruth Bader Ginsburg’s death later that year imperiled the court’s coalition on Native American rights.
Kavanaugh on Wednesday pushed back on Gorsuch’s dissent, rejecting his conservative colleague’s arguments about the sovereignty of Oklahoma’s Indian country.
“From start to finish, the dissent employs extraordinary rhetoric in articulating its deeply held policy views about what Indian law should be,” Kavanaugh wrote. “The dissent goes so far as to draft a proposed statute for Congress. But this Court’s proper role under Article III of the Constitution is to declare what the law is, not what we think the law should be. The dissent’s views about the jurisdictional question presented in this case are contrary to this Court’s precedents and to the laws enacted by Congress.”
Cherokee Nation Principal Chief Chuck Hoskin Jr. said he was disappointed in Wednesday’s decision, but vowed to work with Oklahoma officials on public safety and law enforcement.
"With today’s decision, the U.S. Supreme Court ruled against legal precedent and the basic principles of congressional authority and Indian law,” Hoskin said in a statement. “The dissent today did not mince words – the Court failed in its duty to honor this nation’s promises, defied Congress’s statutes, and accepted the ‘lawless disregard of the Cherokee’s sovereignty.’ "
National