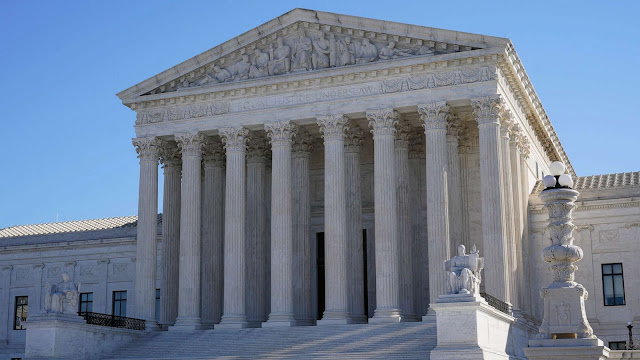 In 2008, the Supreme Court confirmed that the Second Amendment protected an individual right to keep and bear arms. On Thursday, in the case of New York State Rifle and Pistol Association v. Bruen, it confirmed that it meant it.
Writing for a 6-3 majority, Justice Clarence Thomas explained that the Second Amendment must not be treated any differently than the First Amendment or the Fourth Amendment or the Sixth. “When the Second Amendment’s plain text covers an individual’s conduct,” Thomas submitted, “the Constitution presumptively protects that conduct.” This being so, the balancing tests that many lower courts have used since Heller must be consigned to the dustbin. Heller, Thomas’s opinion noted, “did not invoke any means-end test such as strict or intermediate scrutiny, and it expressly rejected any interest-balancing inquiry akin to intermediate scrutiny.” Here, and going forward, they must not be used.
At stake in Bruen was whether the state of New York is permitted to require applicants for gun-carry permits to “demonstrate a special need for self-protection distinguishable from that of the general community.” New York claimed that it is. The plaintiffs insisted that it is not. A majority of the Court sided with the plaintiffs, concluding that because “the exercise of other constitutional rights does not require individuals to demonstrate to government officers some special need,” the exercise of the Second Amendment cannot either. Echoing a phrase he has often used in exasperation, Justice Thomas explained that “the constitutional right to bear arms in public for self-defense is not ‘a second-class right, subject to an entirely different body of rules than the other Bill of Rights guarantees.’”
Along the way, Justice Thomas provided a scholarly clinic in how courts should interpret the Constitution. He not only emphasized the primacy of the text and the importance of history, but walked through the uses and abuses of history and the proper hierarchy of historical and legal sources. He engaged with both current, cutting-edge legal scholarship and the treatises of the 18th and 19th centuries, with a realistic understanding of their contexts. For a man who has spent much of his three decades on the Court in lonely dissent, this opinion for a solid, six-justice majority represents a crowning intellectual triumph.
As Justices Alito and Kavanaugh went to great pains to point out in their concurrences, the decision in Bruen does not cast doubt on the constitutionality of state gun-carry permits per se, and nor does it alter “who may lawfully possess a firearm or the requirements that must be met to buy a gun” or “the kinds of weapons that people may possess.” If New York wishes to run a stricter permitting system than Florida — say, by requiring more hours of training — that is its prerogative. But, under the Constitution, its “authorities must issue concealed-carry licenses whenever applicants satisfy certain threshold requirements, without granting licensing officials discretion to deny licenses based on a perceived lack of need or suitability.” In summary: Objective? Good. Subjective? Bad. At root, this case was as much about equal protection as about firearms.
Dissenting, Justice Breyer took a mawkish run through the crime and suicide numbers, before proposing that “when courts interpret the Second Amendment, it is constitutionally proper, indeed often necessary, for them to consider the serious dangers and consequences of gun violence that lead States to regulate firearms.” With this, the majority profoundly disagreed. “To justify a firearm regulation,” Thomas wrote, “the government must demonstrate that the regulation is consistent with the Nation’s historical tradition of firearm regulation.” Such analysis, he conceded, “can sometimes be difficult and nuanced,” but “reliance on history to inform the meaning of constitutional text is more legitimate, and more administrable, than asking judges to ‘make difficult empirical judgments’ about ‘the costs and benefits of firearms restrictions.’”
Going forward, America’s judges will not be asked to do that. And if they are, they will be obliged to say “no.”
Opinion