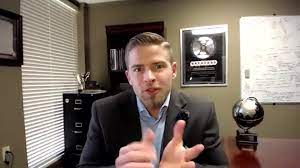 The Securities and Exchange Commission announced that it filed an emergency action on June 14, 2022 to halt a multi-year investment fraud being run by Lubbock, Texas-based real-estate executive Blake Robert Templeton through three companies he controlled, Boron Capital, LLC, BC Holdings 2017, LLC, and United BNB Fund 2018, LLC.
The SEC's complaint alleges that Templeton has raised more than $18.7 million since 2011 by selling securities issued by Boron, BC Holdings, and United in unregistered offerings. In the United offering, which began in 2018, Templeton allegedly promised investors that they would receive 8% annualized returns secured by a UCC-1 lien and a mortgage on real estate. The complaint alleges, however, that Templeton never filed the UCC-1 lien and failed to file a deed of trust to secure United's interest in the real estate until 2021. The complaint further alleges that, before filing the deed of trust, Templeton, in undisclosed transactions, granted a prior deed of trust to a large BC Holdings investor and signed an agreement subordinating United's interest in the real estate to that of the large investor. The complaint also alleges that Templeton falsely represented to investors that United would provide audited financial statements annually and that a renowned business consultant served on Boron's board of directors.
In the BC Holdings offering, which began in 2021, Templeton allegedly represented to investors that their investments-on which he promised returns ranging from 10% to 12.5%-would be secured by real estate. But as alleged, these investments too were subject to the large BC Holdings investor's undisclosed priority deed of trust and subordination agreement. The underlying real estate purportedly securing the investments of the United and BC Holdings investors allegedly produced insufficient revenue to satisfy promised investor returns, so Templeton made Ponzi payments to some investors.
The complaint further alleges that the note for the large BC Holdings investor matured on December 15, 2021, and the note's extension periods expired on March 15, 2022. With penalties, BC Holdings allegedly now owes the large investor more than $4 million, secured by this investor's superior deed of trust on the property. However, the complaint alleges that tax-assessor records show an appraised market value of just $2.15 million for the property, leaving investors at substantial risk of losing their entire investments.
At the SEC's request, the Court issued a temporary restraining order halting the offering, as well as orders freezing defendants' assets, appointing a receiver, and granting other emergency relief. The Court has scheduled a hearing for June 28, 2022 on the SEC's motion for preliminary injunction.
The SEC's complaint charges Templeton, Boron, BC Holdings, and United with violating the securities-registration provisions of Sections 5(a) and 5(c) of the Securities Act of 1933 and the antifraud provisions of Section 17(a) of the Securities Act and Section 10(b) of the Securities Exchange Act of 1934 and Rule 10b-5 thereunder. In its complaint, the SEC seeks permanent injunctions, civil penalties, and disgorgement of ill-gotten gains, with prejudgment interest, against each defendant.
Local