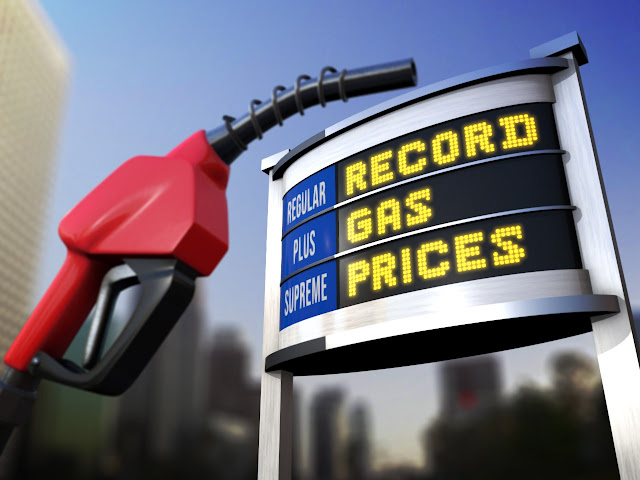 Gas prices increased another 5 cents over night to reach yet another record high, marking another week where costs rose every day as economists worry about how consumer spending will impact the economy overall.
Gas prices have jumped 14 cents in just the last three days.
The national average for a gallon of unleaded gas is $4.76 as of Friday, according to AAA, topping the previous day’s average of $4.72, which was its own all-time high. Gas prices are well over $4 in every state, topping $5 in seven states and more than $6 on average in California.
Diesel gas prices also hit a new record Friday, reaching a national average price of $5.58. Rising energy costs are in part driving 40-year-high inflation.
As gas prices rise, consumer consumption is dropping. Consumption has declined at a rate of 3% to 5% the past seven weeks, according to DataTrek, suggesting that the high costs are affecting behavior.
The Bureau of Labor Statistics’ most recent consumer price index data reports that energy costs have risen faster than any other category of good or service in the last 12 months.
“The all items index increased 8.3 percent for the 12 months ending April, a smaller increase than the 8.5-percent figure for the period ending in March,” BLS said. “The all items less food and energy index rose 6.2 percent over the last 12 months. The energy index rose 30.3 percent over the last year, and the food index increased 9.4 percent, the largest 12-month increase since the period ending April 1981.”
As a result, many Americans are struggling to make ends meet. The prices have a political cost, as well, drawing fresh criticism for President Joe Biden’s energy policies, in particular his blocking of new oil leases and pipeline development.
“Joe Biden said he can't 'click a switch' to make gas prices go down, but he clicked a switch to make them go up,” said Daniel Turner, executive director of the energy workers advocacy group, Power the Future.
Posted by High Plains Pundit on June 03, 2022