Foreign investment in U.S. farmland may be a national security issue 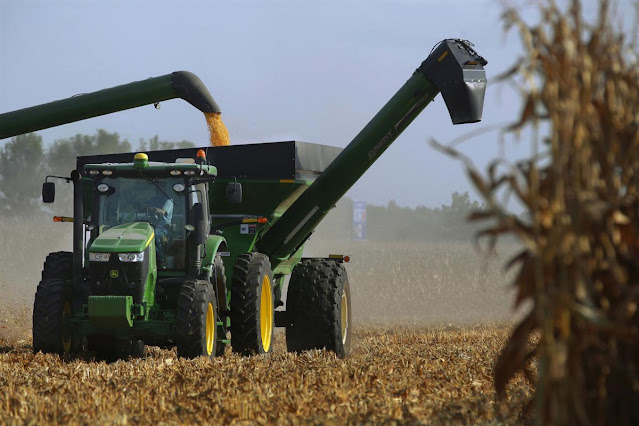 Foreign investment in U.S. farmland has tripled in the past 10 years, reporters at a non-profit investigative journalism group found.
Investigate Midwest used U.S. Department of Agriculture data to call attention to this trend. Farmer Joe Maxwell, co-founder of the group Farm Action, told The Center Square that control of U.S. farmland by foreign investors is worrisome on a number of fronts.
“The real question is, who do the people of the United States want to be their farmer? Do they want Saudi Arabia, Canada, China, other countries to be their farmer? Do they want Bayer or Cargill or other large corporations to be their farmer?” Maxwell asked.
The pandemic showed that reliance on multinational corporations for agricultural inputs is a failed system, Maxwell said.
U.S. Sen. Chuck Grassley, R-Iowa, has been trying to pass the bipartisan Food Security is National Security Act in Congress for several years now. On his website, Grassley said deep-pocketed investors are making it hard for young farmers to buy the land they need to get established.
Farm Action has been lobbying Congress to get states to monitor foreign investment, Maxwell said. The investors are not purchasing the farmland for the production value of the land, he said. Investors, corporations and hedge funds – many foreign-owned – buy U.S. farmland as a monetary investment rather than for the food and feed that the land produces, he said.
Maxwell calls it “a real crisis.” U.S. farmland should be used to produce food for people who live here, he said, and investors are driving up farmland prices so that the next generation of farmers cannot buy the land they need.
“The only way young farmers can get started is if the bank sees that they can make money off that land by producing food and feed,” Maxwell said. Hedge fund managers are buying farmland to balance out their portfolios, he said.
Federal law requires foreign persons and entities to disclose foreign ownership to the USDA, but there are no limits on the amount of land foreign investors can buy.
Maxwell said more information is needed on the extent of foreign ownership.
“Sen. Grassley and Sen. Debbie Stabenow (head of the Senate Agriculture Committee) have recognized that we just don’t have the records we need to make firm business or government decisions on the impact of foreign ownership,” Maxwell said.
Investigate Midwest found the owners of 3.1 million acres of U.S. agricultural land were not identified in public records.
In Illinois, foreign investors control 2.6% of agricultural land. The Illinois Agricultural Foreign Investment Disclosure Act requires a foreign person or corporation that buys agricultural land in Illinois to report the purchase to the Director of Agriculture within 90 days or pay a stiff fine.
As of 2019, more than 62% of all foreign-owned agricultural land in the United States was owned by five countries: Canada (29%, mostly forestland), the Netherlands (14%), Italy (7%), the United Kingdom (6%), and Germany (6%).
Posted by High Plains Pundit on June 12, 2022
Email ThisBlogThis!Share to TwitterShare to FacebookShare to Pinterest
Labels: National, Regional, Texas