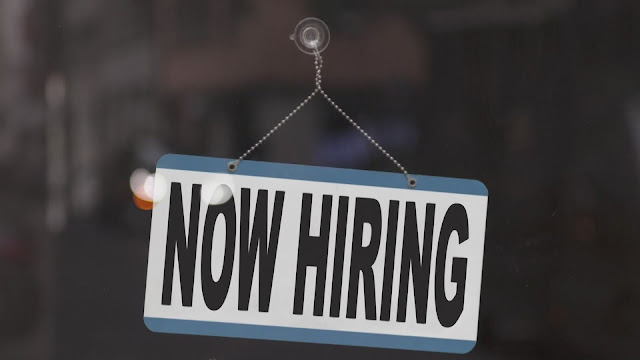 The U.S added 390,000 jobs and the unemployment rate held even at 3.6 percent in May, according to data released Friday by the Labor Department.
The May jobs report was largely in line with economists’ expectations as employment growth slowed slightly from the torrid gains seen earlier in the year. Consensus projections from experts saw the U.S. gaining 350,000 jobs last month and pushing the jobless rate down to 3.5 percent, its level in February 2020.
Economists expected job growth to slow in May after the U.S. added more than 2 million jobs this year despite high inflation, staggering gas prices, rising interest rates and fading fiscal stimulus. While some experts have become increasingly concerned about the risks of a recession next year, employment and consumer spending have continued to grow through 2022.
“Despite the slight cooldown, the tight labor market is clearly sticking around and is shrugging off fears of a downturn. We continue to see signs of a healthy and competitive job market, with no signs of stepping on the brakes yet,” wrote Daniel Zhao, senior economist at Glassdoor, in a Friday analysis.
Policymakers were also hopeful that May would bring a better balance between a record number of job openings and a labor force still smaller than it was before the onset of the pandemic. With roughly two open jobs for every unemployed American, businesses have scrambled to hire enough workers to meet resilient demand for their goods and services — raising prices and wages along the way.
Both the labor force participation rate and the employment to population ratio ticked 0.1 percentage points higher in May, to 62.1 percent and 60.1 percent respectively, remaining below pre-pandemic levels. Wages also grew at a slower pace in May, falling to a 5.2 percent annual gain from a 5.5 percent yearly increase in April.
The U.S. has gained roughly 400,000 each month since March, even after the Labor Department revised the number of jobs added in March and April down by a total of 22,000.
“Demand for workers is tremendously strong and it’s pulling more and more people back into work,” wrote Nick Bunker, economic research director at Indeed, in a Friday analysis.
“The labor market will eventually slow down, but for now it’s still humming.”
Slightly higher labor force participation, slower wage growth and stable unemployment could be a sign of businesses having less trouble filling open jobs. Easing labor shortages could help reduce inflation if firms can produce more goods and services at lower prices without having to keep boosting wages.
The leisure and hospitality sector led all other industries in job growth last month, gaining 84,000 new workers. More than half of those jobs were added at restaurants and bars, and 21,000 were added by hotels and resorts.
Professional and business services firms added 75,000 jobs in May, transportation and warehousing gained 47,000 jobs and construction employment rose by 36,000. Strong job gains in state government, health care and manufacturing also wiped out a loss of 61,000 jobs in the retail sector — which still has 159,000 more workers than before the pandemic.
“The decline in retail jobs aligns with the weakness reported in retailers’ earnings calls, but overall, consumer spending seems to be strong enough to sustain good hiring numbers in leisure & hospitality as spending rotates from goods to services,” Zhao wrote.
The slower but still strong May jobs gains could bring some comfort to economists and investors concerned about how well the U.S. could stand up to high inflation and the interest rate hikes meant to cool it. If job growth slows to a more sustainable pace and more Americans enter the workforce, the Federal Reserve may not need to raise rates to levels meant to restrict the economy to prevent prices from rising.
The U.S. economy still faces significant risks from abroad, including price shocks driven by the war in Ukraine, slowing global economic growth and deep supply chain backlogs caused largely by lockdowns in China. If inflation continues to rise amid those obstacles, the Fed may be forced to drop the hammer on resilient consumers with spiking interest rates.
Even so, the May jobs report showed the economy holding up amid an uncertain outlook and unprecedented growth over the past two years.
“If demand continues to be strong, then more and more workers should be pulled into the labor market. When the labor market does start to slow down, hopefully it’ll do so after many more workers have already found jobs,” Bunker wrote.
Posted by High Plains Pundit on June 03, 2022
Email ThisBlogThis!Share to TwitterShare to FacebookShare to Pinterest
Labels: National