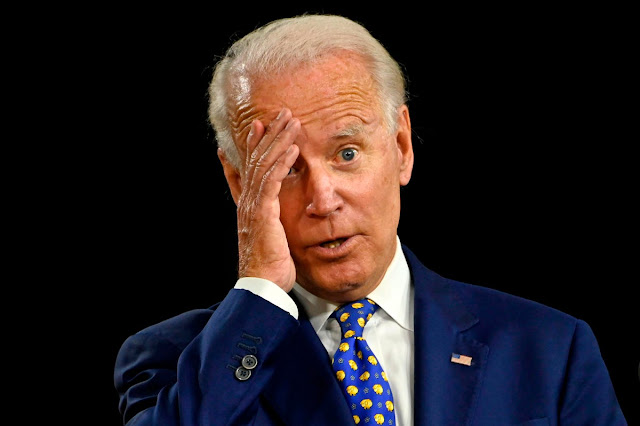 As it becomes more apparent by the day that President Biden is failing at his job, it seems Democrats are starting to lay the groundwork to abandon ship ahead of 2024.
In a story one would not have expected to see back when the Left was counting on him to be the next FDR, the New York Times is running a piece titled, “Should Biden Run in 2024? Democratic Whispers of ‘No’ Start to Rise.”
Here are some excerpts of the piece, which is based on interviews from dozens of Democrats, and includes on-the-record quotes:
Midway through the 2022 primary season, many Democratic lawmakers and party officials are venting their frustrations with President Biden’s struggle to advance the bulk of his agenda, doubting his ability to rescue the party from a predicted midterm trouncing and increasingly viewing him as an anchor that should be cut loose in 2024….
Interviews with nearly 50 Democratic officials, from county leaders to members of Congress, as well as with disappointed voters who backed Mr. Biden in 2020, reveal a party alarmed about Republicans’ rising strength and extraordinarily pessimistic about an immediate path forward.
“To say our country was on the right track would flagrantly depart from reality,” said Steve Simeonidis, a Democratic National Committee member from Miami. Mr. Biden, he said, “should announce his intent not to seek re-election in ’24 right after the midterms.”
Also:
To nearly all the Democrats interviewed, the president’s age — 79 now, 82 by the time the winner of the 2024 election is inaugurated — is a deep concern about his political viability. They have watched as a commander in chief who built a reputation for gaffes has repeatedly rattled global diplomacy with unexpected remarks that were later walked back by his White House staff, and as he has sat for fewer interviews than any of his recent predecessors.
“The presidency is a monstrously taxing job and the stark reality is the president would be closer to 90 than 80 at the end of a second term, and that would be a major issue,” said David Axelrod, the chief strategist for Barack Obama’s two winning presidential campaigns.
I think it’s been obvious for a while now that a growing number of Democrats have been hitting the panic button about Joe Biden’s presidency and they’re not going to stay quiet forever in the name of party unity. There are two elements to Biden’s first 18 months in office that have been setting off alarm bells. One is his actual performance and the other is the nation’s perception of him.
In terms of performance, this presidency has been an almost complete failure from nearly every major angle, and all of the approval rating polls show that the nation – including a majority of Democrats – has noticed. Virtually none of Biden’s sweeping agenda has made it over the finish line. Yes, you can blame that on the fact that Biden pushed for a massive swing to the hard left rather than a more compromising agenda that might have stood a chance of passing with an evenly split Senate. But his own party pushed him in that direction. Also, the priorities in the minds of most voters do not look good. Rising prices, shortages, surging crime rates, foreign policy debacles, and concerns over a new world war have people in a poor mood. There simply isn’t much to point to in terms of cheering for the home team.
But then there’s the perception of Biden personally. His endless gaffes that his staff has to rush to clean up are no longer endearing. Few honest people would argue that this is more than the occasional “senior moment.” And how many times can Biden stumble and fall when simply trying to board Air Force One before someone from the DNC stands up and says, ‘let’s face it. Grampa isn’t alright and we need to talk.’
I’ve lost track of how many times we’ve heard Joe Bide during his infrequent stints behind a microphone say things such as ‘I’ve been told I should…’ or ‘I was told I wasn’t supposed to…’ We need to ask once again who this person is that is telling the President of the United States what to do so we can ask them some questions. At this point, I’m finding it harder and harder to actually blame Biden for the rotten conditions in the country and his floundering agenda because I seriously doubt he’s the one making all of the decisions.
Let’s face it. The President is not okay. None of the Democrats are calling for him to resign (at least not yet), but only the most personally loyal or politically suicidal want him to run again in 2024. The problem they’re facing is the question of who would run in his place. They don’t have a particularly strong bench at the moment and few have been putting in the early work to build a run because it was always assumed Biden would be the nominee.
Posted by High Plains Pundit on June 12, 2022
Email ThisBlogThis!Share to TwitterShare to FacebookShare to Pinterest
Labels: National