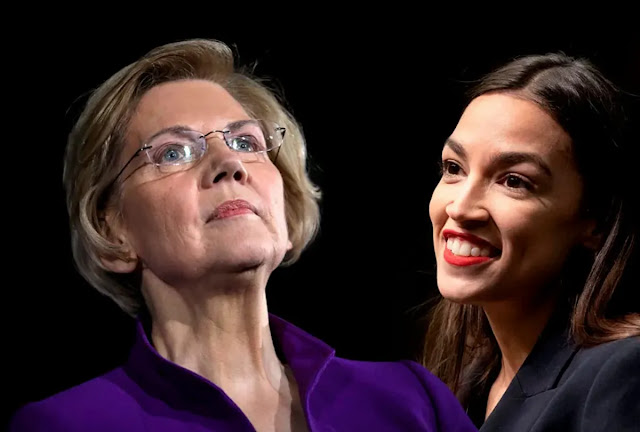 You don’t have to look far to find prominent Democratic officials who do not merely disagree with the Court’s decisions in Dobbs, but who argue that the Supreme Court is no longer “legitimate.”
Yesterday on Meet the Press, New York Democratic representative Alexandria Ocasio-Cortez argued:
This is a crisis of legitimacy. We have a Supreme Court justice whose wife participated in January 6th and who used his seat to vote against providing documents that potentially led to evidence of such to investigators in Congress. This is a crisis of legitimacy and President Biden must address that.
Over on ABC’s This Week, Senator Elizabeth Warren of Massachusetts contended:
This Court has lost legitimacy. They have burned whatever legitimacy they may still have had after their gun decision, after their voting decision, after their union decision. They just took the last of it and set a torch to it with the Roe v. Wade opinion. I believe we need to get some confidence back in our Court, and that means we need more justices on the United States Supreme Court.
“Legitimate” does not necessarily mean popular, widely liked, or admired. The Internal Revenue Service is not those things, and yet the institution is legitimate; the IRS still has the legal authority to collect taxes and audit your returns and press criminal charges if it sees evidence of fraud or evasion.  The Supreme Court’s job is not to be popular; the Court’s job is to interpret whether laws violate the U.S. Constitution, regardless of whether its decisions are popular or not.
“Legitimate” is defined by Merriam-Webster as “accordant with law or with established legal forms and requirements.” All of the justices on the Supreme Court were appointed and confirmed in accordance with established legal forms and requirements, nominated by duly elected presidents, and confirmed by a majority of duly elected senators. A justice does not get any more or less legitimate depending on the number of confirmation votes that justice received.
According to some of this weekend’s social-media tirades from progressives, it was inappropriate for George W. Bush to make Supreme Court nominations because he didn’t have a popular-vote majority in 2000; never mind that he did win a popular-vote majority in 2004, and Bush made his nominations of John Roberts and Samuel Alito in 2005 and 2006. Apparently, it was inappropriate for Donald Trump to make Supreme Court nominations because he didn’t have a popular-vote majority in 2016; no one seems to care that Bill Clinton won 43 percent of the popular vote in 1992 and then nominated Ruth Bader Ginsburg and Stephen Breyer in 1993 and 1994.
All of this is nonsense, of course. If you win 270 electoral votes, and if you are sworn into the presidency, you have the authority to nominate justices to the Supreme Court — full stop. And the Senate is free to confirm or reject those nominees — or, in the case of Merrick Garland, to decline to hold hearings. (For what it’s worth, I think the Senate GOP should have held hearings and then voted to reject his nomination.)
If you argue that Joe Biden was not legitimately elected — an argument that is nonsense, unsupported by the facts and numerous court decisions, no matter how many times Sidney Powell points to Venezuelan hackers and the Arizona MAGA crowd warns about bamboo in the ballot paper — many Democrats will react with outrage and contend that this belief is an attack on democracy and the American government itself. But if you argue that the Supreme Court is illegitimate, you are qualified to be a leader in the Democratic Party.
It is now time for the difficult question of whether the previous perception of the Supreme Court’s legitimacy was driven by the fact that its decisions often affirmed the preferences of American political, cultural, and legal elites. The moment the Supreme Court started making decisions that a lot of political, cultural, and legal elites didn’t like, they didn’t merely disagree; they contended that the Court was no longer legitimate.
If every time the party you oppose comes into power you call it illegitimate, or if every time those you oppose assert their authority you decry their actions as illegitimate, you don’t actually believe in democracy. You only believe in democracy as long as your side wins.
Opinion