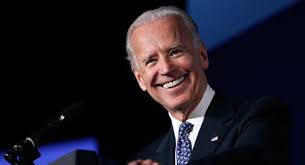 President Biden said in Europe today that Senate Democrats should eliminate the filibuster for abortion legislation, as well as for his preferred election reform legislation: “If the filibuster gets in the way, it’s like voting rights, it should be provided an exception for this…to the filibuster.”
In other words, the minority party in the Senate should be able to block legislation with 41 votes, unless Joe Biden thinks the legislation is really important.
At the risk of echoing Charlie, one of the hallmarks of this era is a stupefying lack of foresight in our political leaders, where they fail to foresee the most likely consequences of their actions. If Senate Democrats vote to change the rules of the chamber, and eliminate the filibuster for one or two of their top priority issues, then when Republicans regain control of the chamber — which could be as soon as January! — the GOP majority will vote to eliminate the filibuster, either on their own priority issues or entirely. After all, why should Republicans keep this provision to help the minority, when Democrats eliminated it to disempower the GOP minority of 50 senators?
This is a repeat of when Harry Reid eliminated the filibuster for lower court nominees… and then a few years later, Democrats were shocked when a Republican majority eliminated the filibuster for Supreme Court nominees.
If you want a lasting national legislative change in the United States, you need to get some buy-in from the opposition party. If Barack Obama enacts a nuclear deal with Iran, and joins the Paris Accords by executive fiat, then Donald Trump can undo those moves with the stroke of his pen. If Donald Trump approves the Keystone Pipeline and border wall funding through executive order, Joe Biden can repeal those decisions upon taking office. If Congressional Democrats enact an Obamacare on a party-line vote, a GOP Congress and president can repeal it on a party-line vote.
You know what’s not going to get repealed or quickly undone in the coming years? The Right to Try Act, the First Step Act, the infrastructure bill, and the recent gun safety/mental health legislation – because they all had some significant level of support from the opposition party.
Presidents and Congressional majorities change from cycle to cycle; for a long time, America has had a pendulum effect. One party wins a big majority, starts to overreach, triggers a backlash, and the opposition party racks up big gains in the next election. Then once the opposition party has climbed back into control over the White House and Congress, they start to overreach themselves, starting the cycle all over again.
You could argue there’s even a similar effect on the Supreme Court — turnover is slow and not on any set schedule, but it happens – and any decision enacted by one court, like Roe v. Wade, can be reversed by a later court that looks at it again and concludes it is not consistent with the U.S. Constitution. The more you want a change to be lasting, the more you need all branches of government to formally sign off on the change.
For some reason, a surprising number of shortsighted political leaders keep making decisions with the assumption that their side will be in charge of these institutions forever – and that the opposition will never be in a position to reverse those changes.
Opinion