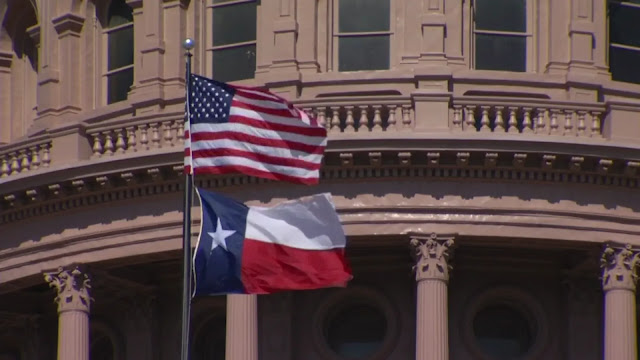 Fifty years ago, a lawsuit in Dallas County wound its way up to the Supreme Court of the United States. That decision in that case, Roe v. Wade, blocked states from banning abortion before the point of fetal viability.
Following a “Sisyphean” pattern in the decades since, Texas continued to pass a number of abortion restrictions that met with nearly unanimous defeat in the gauntlet of the courts.
One of those laws was never challenged in court because it still hasn’t taken effect: the Human Life Protection Act, which will become effective 30 days after the U.S. Supreme Court releases its judgment in Dobbs v. Jackson.
All the while, the same laws that the Supreme Court ruled unconstitutional in 1973 have remained dormant but unrepealed. Now that the Supreme Court has reversed its position, their effect has been restored.
While the two bans both outlaw abortion from the moment of conception, there are slight differences between them.
The Unrepealed Abortion Ban
The Roe v. Wade decision judged a swath of Texas law formerly codified as Chapter 6 ½ of the state penal code. These statutes criminalize any abortions not meant to save the life of the pregnant mother.
“If a person shall designedly administer to a pregnant woman or knowingly procure to be administered with her consent any drug or medicine, or shall use towards her any violence or means whatever externally or internally applied, and thereby procure an abortion, he shall be confined in the penitentiary not less than two nor more than five years; if it be done without her consent, the punishment shall be doubled,” Article 4512.1 reads.
Because this law makes an exception for procedures meant to save the mother’s life, it does not criminalize treatment for ectopic pregnancies or the evacuation of a stillborn or miscarried fetus. Only procedures that destroy the life of the unborn child can be punished.
This law is enforced by local district attorneys through the typical prosecution process.
The same set of laws also bans “furnishing the means” for procuring abortions, which some Texas Republicans have argued was enforceable even before Roe was overturned.
In any event, all of these laws regained their effect once the Supreme Court overruled Roe last week, according to Texas Attorney General Ken Paxton.
“What’s more, some prosecutors may choose to immediately pursue criminal prosecutions based on violations of Texas abortion prohibitions predating Roe that were never repealed by the Texas Legislature,” Paxton wrote in an advisory after the Dobbs opinion was released.
“Although these statutes were unenforceable while Roe was on the books, they are still Texas law. Under these pre-Roe statutes, abortion providers could be criminally liable for providing abortions starting today.”
The Human Life Protection Act
Carried by state Sen. Angela Paxton (R-McKinney) and Rep. Giovanni Capriglione (R-Keller), the Human Life Protection Act was passed in 2021 as House Bill (HB) 1280. The new law allows slightly broader exceptions than the older unrepealed statutes, but the sharpest distinction between the two bans is how they are enforced.
HB 1280 makes it a crime to knowingly perform, induce, or attempt an elective abortion.
Like the older ban, HB 1280 does not punish procedures meant to save the mother’s life. However, it also allows an exception for abortions meant to save the mother from “substantial impairment of a major bodily function,” making it slightly more permissive than the older ban.
Despite widening the window of exceptions, HB 1280 outlines much stricter penalties for violators than the older ban.
First, it makes elective abortions a felony.
Second, it authorizes the attorney general to sue violators for at least $100,000 for each violation of the law.
Lastly, doctors or nurses that attempt or perform elective abortions after HB 1280’s effective date will lose their licenses.
HB 1280 will take effect thirty days after the Supreme Court issues its judgment, which is separate from the opinion.
The mother of the unborn child may not face penalties under HB 1280. Like the older ban, it does not apply to evacuations of miscarried children or treatment for ectopic pregnancies.
Texas