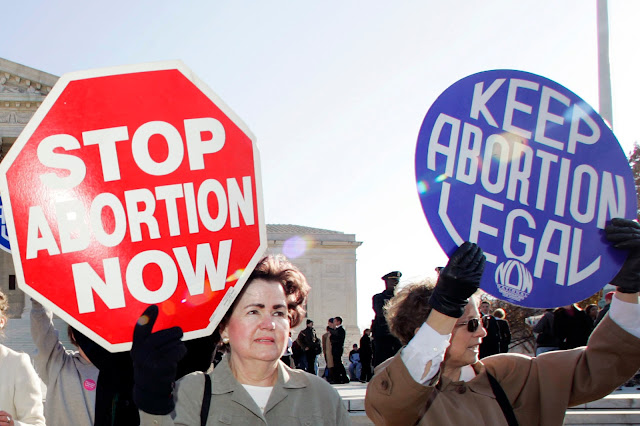 Abortion rights activists have quickly filed a slew of lawsuits in states with trigger bans on abortions that went into effect following the Supreme Court’s decision to overturn Roe v. Wade last week.
Lawsuits have so far been filed by organizations like Planned Parenthood and the American Civil Liberties Union (ACLU) in about half of the 13 states that had trigger laws dependent on the overturning of Roe.
In Mississippi, where the state government brought forward the case that ultimately resulted in the Supreme Court overturning Roe, the Jackson Women’s Health Organization filed a lawsuit on Monday seeking to prevent Mississippi from activating its trigger ban, which would prohibit all abortions unless the mother’s life is in danger or a rape was reported to law enforcement.
The trigger ban was certified by Mississippi Attorney General Lynn Fitch (R) on Monday.
In its lawsuit, Jackson Women’s Health argues that abortions are still protected in Mississippi by the state’s own constitution through a 1998 decision by the Mississippi Supreme Court.
In the case of Pro-Choice Mississippi v. Fordice, a group of physicians from women’s health clinics successfully sued to overturn a statute that required the permission of both parents or guardians of a minor seeking an abortion before the procedure was performed.
The court ruled that there was nothing more “personal and private” than what a person did with their own reproductive system in that case. The Center for Reproductive Rights said in a statement that the decision from this case remains valid as good law.
Abortion providers also filed a lawsuit in Texas on Monday seeking to stop the state’s pre-Roe abortion laws from going into effect. These laws would make abortion providers criminally liable for performing abortions.
Texas has sought to pass some of the toughest anti-abortion laws in the U.S., including one that would allow anyone in the state to sue someone suspected of helping facilitate an abortion — whether they were a health care provider or the person who drove the pregnant person to a facility — for a minimum judgement of $10,000.
“Every day, every hour that abortion remains legal in Texas is a chance for more people to get the care they need. The clinics we represent want to help as many patients as they can, down to the last minute,” Nancy Northup, president and CEO of the Center for Reproductive Rights, said in a statement regarding the Texas lawsuit.
Some suits have already resulted in trigger laws being barred from going into effect.
The Center for Reproductive Rights filed a lawsuit in Louisiana on Monday along with Boies Schiller Flexner LLP, leading to a judge blocking the state’s abortion trigger ban pending a review of the law.
A Utah state court granted a request by Planned Parenthood Association of Utah to temporarily block the state’s abortion ban, allowing for abortions to continue being performed.
“Today is a win, but it is only the first step in what will undoubtedly be a long and difficult fight,” Planned Parenthood said in a statement.
The reproductive health care organization also filed a lawsuit in the Idaho Supreme Court to block the state’s total trigger ban, which is set to take effect later in the summer.
Similar to the lawsuit filed in Mississippi, the plaintiffs argued that abortions were still protected in the state through the Iowa State Constitution, citing the document’s “guarantee of the fundamental right to privacy in making intimate familial decisions.”
The ACLU and Planned Parenthood have filed a lawsuit in Kentucky state court, challenging both the state’s trigger ban as well as its six-week ban that had previously been blocked in federal court, but will likely go into effect in light of the Supreme Court’s decision.
They requested that a temporary injunction against these laws be issued and argued that they violated Kentucky’s state constitution and Kentuckians’ rights to privacy and self-determination.
In Congress, Democrats have called on Biden to use the “full force of the federal government” to ensure access to abortions across the country.
“You have the power to fight back and lead a national response to this devastating decision, so we call on you to take every step available to your Administration, across federal agencies, to help women access abortions and other reproductive health care, and to protect those who will face the harshest burdens from this devastating and extreme decision,” a group of Democratic senators said in a letter to Biden.
The Biden administration has indicated it plans on ensuring access to abortions through certain pathways, including medical abortion pills through the mail, as well as countering any efforts to restrict travel for the sake of getting an abortion.
National