Abbott blames Biden for deaths of migrants found in truck 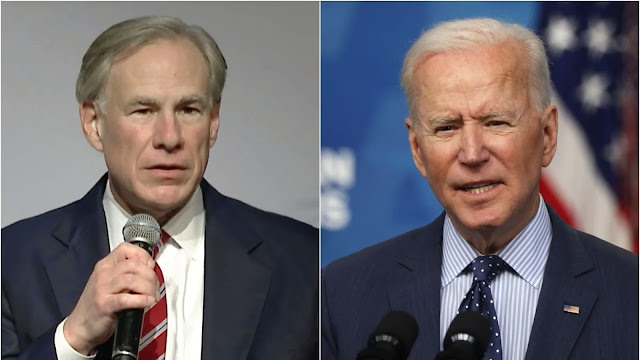 Texas Governor Greg Abbott (R) blamed President Biden for the deaths of 50 migrants in San Antonio on Monday.
Abbott shared a statement on Twitter after the migrants had been found in a refrigerated tractor-trailer near San Antonio, Texas, saying that the “deaths are on Biden.”
U.S. authorities said that those deceased included 22 Mexicans, seven Guatemalans and two Hondurans. The nationalities of the other victims are yet to be identified.
According to Abbott, the deaths were a result of what he referred to as Biden’s “deadly open border policies.”
He added that the incident shows the deadly consequences of Biden’s “refusal to enforce the law.”
However, White House press secretary Karine Jean-Pierre pushed back against Abbott’s rhetoric, telling reporters onboard Air Force One on Tuesday that Biden was “closely monitoring the absolutely horrific and heartbreaking reports” from San Antonio.
Asked to respond to Republicans blaming Biden for the deaths, Jean-Pierre disputed the characterization by Abbott and others that Biden is implementing “open border” policies, saying the administration is focused on disrupting human smuggling networks.
“The fact of the matter is the border is closed which is in part why you see people trying to make this dangerous journey using smuggling networks,” she told reporters. “We are going to stay focused on the facts and making sure that we hold these smugglers accountable.”
She said Biden, who is overseas for Group of 7 (G-7) and NATO summits, had been briefed on the situation and would be updated.
Mexican President Andrés Manuel López Obrador also criticized human trafficking and “a lack of control” at the U.S.-Mexico border in his daily briefing on Tuesday, the BBC reported.
The tragedy that took place Monday night is among the deadliest incidents involving migrants attempting to cross the U.S.’s southern border in recent years. According to The Associated Press, ten migrants died in 2017 after being trapped inside a truck parked at a Walmart in San Antonio. In 2003, the bodies of 19 migrants were found in a sweltering truck southeast of the Texas city.
The Border Patrol shared last week that U.S. border officials in May apprehended more migrants than in any other month since records have been kept.
Texas