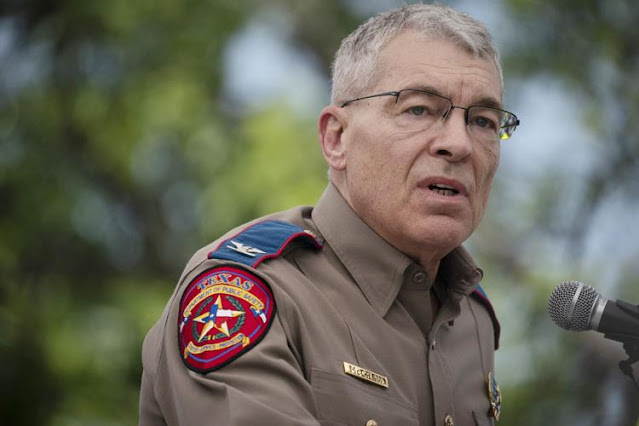 The commander in charge of the police response to Tuesday's mass shooting at an Uvalde elementary school made the "wrong decision" to not send officers into the classroom to confront the gunman who shot and killed 19 children and two fourth grade teachers, Texas Department of Public Safety Director Steve McCraw said Friday.
The chief of the Uvalde Consolidated School District Police Department, who was in charge of the initial response at Robb Elementary School, thought the shooter, 18-year-old Uvalde resident Salvador Ramos, was barricaded inside that classroom and that no other children were at risk, McCraw said.
“Obviously, based on the information we have, there were children in that classroom that were still at risk,” McCraw said. “From the benefit of hindsight where I’m sitting now, of course, it was not the right decision. It was the wrong decision. Period.”
Nearly 20 officers stood in a hallway outside of the classroom for more than 45 minutes before federal Border Patrol agents arrived and used a master key to open the door and kill the gunman, he said.
Outside the school, parents, neighbors and others said law enforcement waited close to an hour before confronting Ramos and killing him. Videos posted online showed a chaotic scene of parents pleading with officers who remained outside to enter the school as the active shooting incident was ongoing.
Victor Escalon, South Texas regional director in the Department of Public Safety, said at a Thursday news conference that the first officers on the scene did enter the school once they arrived but were shot at and began evacuating students and school personnel.
"Four minutes [after Ramos entered the school and began shooting students], local police departments, the Uvalde Police Department, the Independent School District Police Department are inside, making entry," Escalon said. "They hear gunfire, they take rounds, they move back, get cover. And during that time, they approach where the suspect is at."
After two officers were shot, Escalon said, law enforcement decided to start evacuating as many students and school personnel as they could.
About an hour after the shooting started, a tactical team from U.S. Border Patrol arrived, entered the building and killed the suspect, authorities said.
Posted by High Plains Pundit on May 27, 2022
Email ThisBlogThis!Share to TwitterShare to FacebookShare to Pinterest
Labels: Texas