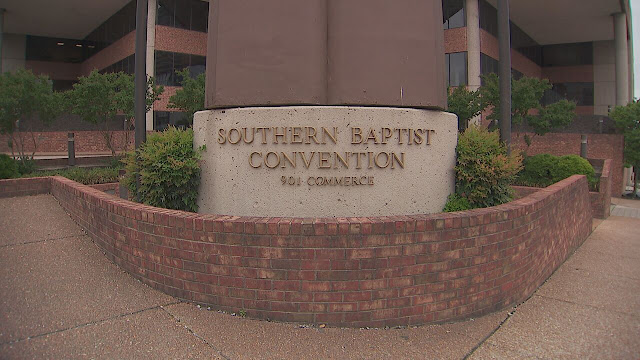 The Southern Baptist Convention’s (SBC) executive committee on Thursday released a list of pastors and church members accused of sexual abuse that a group of leaders had allegedly kept secret for years.
The list was shared with the public the same week as the results of an internal sexual abuse investigation ordered by members of the SBC, who voted “overwhelmingly” in favor of a third-party probe at the convention’s annual gathering last year.
The investigation found that multiple leaders and pastors affiliated with the SBC had been credibly accused of sexual abuse and that others had covered up or failed to properly address the allegations.
The list of alleged sex abusers was discovered by the investigation, conducted by Guidepost Solutions, and uncovered in the report released Sunday.
“This list is being made public for the first time as an initial, but important, step towards addressing the scourge of sexual abuse and implementing reform in the Convention. Each entry in this list reminds us of the devastation and destruction brought about by sexual abuse,” Willie McLaurin, the interim president and CEO of the SBC executive committee, and Rolland Slade, the chairman of the executive committee, wrote in a joint statement.
According to the investigation report, the same leaders who compiled the list of abusers told SBC members and survivors concerned about abuse that they were unable to create a list because of the independent structure of the SBC.
“Such organizations have no authority over one another or over the churches,” the SBC says on its website, speaking of local and national cooperatives of Southern Baptist churches as well as the SBC itself. “They are voluntary and advisory bodies designed to elicit, combine, and direct the energies of our people in the most effective manner.”
Guidepost Solutions did outline multiple recommendations for the SBC to “improve its response to sexual abuse and misconduct allegations in the future.”
The recommendations include maintaining an Offender Information System to “alert the community to known offenders,” providing churches that affiliate with the SBC with a “comprehensive Resource Toolbox including protocols, training, education, and practical information” and adopting a “Declaration of Principles” on handling sexual abuse that will “provide a model for SBC entities … to adopt and follow.”
The annual meeting of the SBC will take place June 14-15 in Anaheim, Calif., where the investigation report and reform recommendations are expected to be addressed by SBC leaders and members.
Read the full list here.
Posted by High Plains Pundit on May 27, 2022
Email ThisBlogThis!Share to TwitterShare to FacebookShare to Pinterest
Labels: National