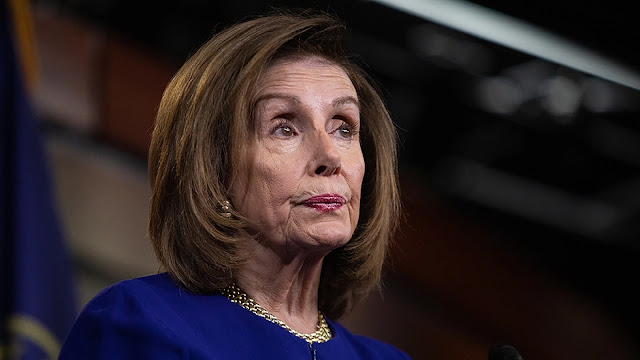 Anti-terrorism laws are supposed to be law-enforcement tools, not political stratagems. The so-called Domestic Terrorism Prevention Act, which House Democrats began pushing after the January 6 riot and have now revived in the wake of the Buffalo massacre, is clearly a political stratagem.
The point of the revived proposal, which House Democrats plan to push to the floor for a vote in coming days, is not to beef up the government’s capacity to investigate and prosecute acts of terrorism committed inside the United States. That would merely be superfluous. Federal and state law-enforcement agencies already have a rich arsenal of authorities that enable suspected terrorists to be monitored and, if they plot or carry out mass murder, to be prosecuted and punished severely.
Instead, the Democrats’ proposal would actually create indefensible exceptions in terrorism law. It would narrow the scope of terrorist activity that existing statutes can reach — for the blatantly political purpose of labeling white supremacism, alone, as the nation’s urgent domestic security challenge. Toward that end, it would divert investigative resources from other terrorist threats. Democrats would then, we can be sure, demagogue conservative policy preferences — e.g., Second Amendment rights, free expression, opposition to progressive indoctrination in the schools and other institutions — as catalysts of white supremacism that must be monitored by the Justice Department.
Democrats initially rolled out the proposal in early 2021, the legislation would tweak federal law’s current definition of domestic terrorism — a definition that properly encompasses all ideologically driven violence — in a manner that shields jihadist terrorism from its reach. That is why Islamist organizations, which align politically with Democrats and reliably oppose initiatives to improve national security, have expressed support for the proposed Domestic Terrorism Prevention Act.
Federal law does not detail a specific list of crimes that are designated as domestic terrorism; quite appropriately, it simply defines the broad term. A plethora of statutory offenses already address terrorist activity — as attested by the speed with which federal and state authorities responded to the mass murder in Buffalo.
In the realm of foreign terrorism, Congress has had to proscribe crimes because alien terrorists are non-Americans who predominantly operate outside U.S. jurisdiction, and thus beyond the otherwise limited authority of U.S. law enforcement and courts. By contrast, as the courts have acknowledged, domestic terrorism is inevitably and inextricably bound up with constitutionally protected dissent and association. As we learned from 20th-century domestic-spying scandals, loose legal standards invite the government to invoke “domestic terrorism” as a pretextual rationale for surveillance of the opposition.
For these reasons, the trigger for conducting domestic-terrorism investigations is evidence that a subject is engaged in criminal activity. That is a sensible red line. There are many potential crimes that terrorists commit in the preparation and execution phases of their operations, so the standard does not unduly restrain competent investigators from opening cases and monitoring suspects. Indeed, the more we learn about the Buffalo atrocity, the more questions there are about why police and prosecutors did not do more under existing law to follow up on a suspect who was known for a year to be dangerous and disturbed.
The Democrats’ proposal also calls for an array of federal security agencies to create domestic-terrorism units, in addition to establishing a new “Domestic Terrorism Executive Committee” made up of high-ranking law-enforcement officials, for the purpose of focusing microscopically on white supremacism. There would be mandatory training on how to combat white supremacism: Federal agents would be instructed on the supposed warning signs in order to prevent suspected “domestic terrorists” from infiltrating law-enforcement agencies. It does not require much imagination to grasp the abuses and politically motivated harassment this would encourage.
Federal agencies would have to account for their white supremacism-related cases; naturally, that would push them to generate such cases, regardless of whether evidence of actual criminal activity warranted investigation.
For years, federal enforcement agencies have assured the public that they are working with state and municipal counterparts to guard against any violence ignited by white supremacism. There is no reason to believe they have been lax in this regard. In fact, the opposite may be true, given the revelations of how extensively government informants and undercover agents have infiltrated suspect groups in some high-profile cases — such as the case involving an alleged kidnapping plot targeting Michigan governor Gretchen Whitmer, which resulted in acquittals because the overly aggressive investigators appeared to create rather than prevent the crime.
Federal law on domestic terrorism is in no need of overhauling, much less underhauling. All terrorism poses a threat, no matter what political agenda, ideological perversion, or mental instability inspires the consequent violence. Investigating and prosecuting the violence attributable to any –ism is the business of the law. The focus on a particular –ism for perceived partisan advantage is the business of politics. The Domestic Terrorism Prevention proposal is sheer politics — and politics of the worst kind: theater at the expense of national security.
Posted by High Plains Pundit on May 20, 2022
Tags: National