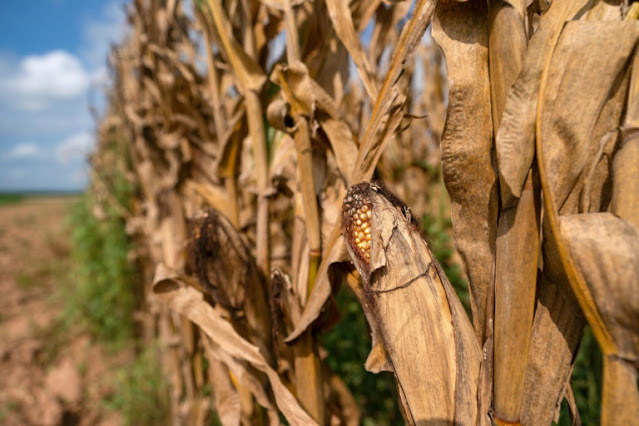 Commodity crop prices continue to remain strong across the board as weather and geopolitical concerns add volatility to markets, according to a Texas A&M AgriLife Extension Service expert.
Mark Welch, Ph.D., AgriLife Extension grain economist, Bryan-College Station, said drought conditions in both hemispheres are raising questions about global crop yields while troops amass in a region that supplies one-third of the world’s wheat.
Welch said commodity crop prices are better compared to this time last year. Prices provide an improved opportunity for producers to profit even with the higher input costs factored into production budgets.
“We’re seeing competitive prices among all commodities, and there are a lot of questions surrounding various crops here and across the world,” Welch said. “These questions will likely play a role in Texas producers’ planting decisions. Costs are up as well, but commodity crop prices are still good relative to those increases.”
Welch said planted acres of wheat across the Southern High Plains, including much of Texas and Oklahoma, were in “rough shape” due to drought. There have been reports of emerged wheat fields being lost to dry conditions. But there is still time for dryland wheat to recover and make a crop.
Wheat is struggling, but plants in most parts of Texas are still dormant, Welch said. Moisture will be needed before temperatures begin to climb and plants try to put on new growth.
“We still have some time,” he said. “Wheat is in bad shape, but it also was this time last year before a snow around Valentine’s Day that saved the crop. The weather improved after that, and many fields performed well for most of the state.”
Welch said growing conditions are better in Kansas, the nation’s No. 1 wheat-growing state. Areas do need rain, but fields there also have more time to receive and respond to better weather.
Welch said the wheat market has been volatile recently due to tensions in Ukraine and Russia. The two nations account for 30% of global wheat exports, and conflict would disrupt trade and affect prices.
“It is important to recognize that high wheat prices are a signal to producers around the world to plant more, but crops depend on the weather and whether crops can grow in certain areas and balancing acres with other needs,” he said.
Grain marketers, especially corn and soybeans, are also watching production in South America, where drought is a concern and causing upward price trends, Welch said. The demand for domestic corn is up due to feed and fuel. Export demand for domestic corn has been high of late, with Mexico, the No. 1 buyer of U.S. corn, ramping up purchases and China continuing to buy as well.
Cotton and sorghum are also demanding high prices, which means farmers can expect to have options based on their budgets, rotation schedules, and soil moisture and rainfall expectations, Welch said. Sorghum, for instance, is more drought-hardy than corn and generally costs less per acre to produce.
But because of high input costs, Welch said 2022 is a year to maximize efficiencies for every dollar spent.
“The risk management challenge is around marketing this year,” he said. “We know the high input prices are here and likely sticking around by planting time, but we want to make sure we don’t let the opportunity for high prices at harvest slip away.”
Posted by High Plains Pundit on February 02, 2022
Tags: National, Regional, Texas