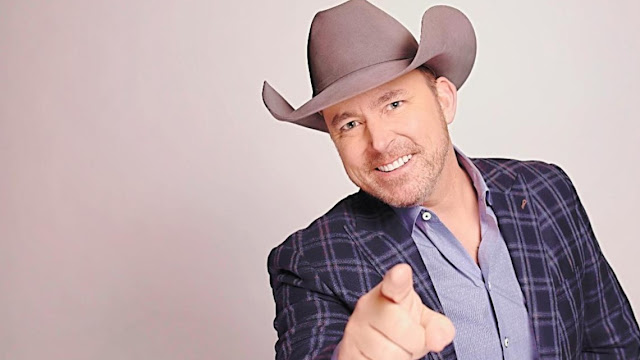 Chad Prather is one of eight Republican candidates whose names will appear on the March primary ballot, each hoping to take the party's nomination for the top position in the state.
Prather is conservative talk show host, comedian and musician. His top priorities include election integrity, farming and ranching and border security.
Why are you the best candidate for the job?
My goal is to get the government out of the lives of the people of Texas. We do that by making the government smaller. We currently have 174 state agencies across the state, and the government in Austin has started to resemble in a large part Washington, D.C. in terms of its growth and its overreach. My goal is to see normal, everyday people get actively involved in governing their lives and stop depending on large government.
I'm the only candidate who has no political experience by running or being elected to office, which I find is a good thing. It's a refreshing thing that I think we need to get back to.
What do you believe is the biggest issue impacting Texans today?
The biggest issue that Texans believe they're facing is the border crisis. We've got to make sure that our border is secure. Washington, D.C. is not coming to our rescue. It is going to depend on the sovereignty of Texas and a governor who's willing to do his constitutional job to shut down the border. One of the other issues that I think is one of the most important is our sanctity of life issue. We've got to make sure that people understand why the sanctity of life matters in the state of Texas. And there are people who would argue that the border issue is more important than the sanctity of life issue, but I'd remind them, the sanctity of life, if you don't fight for the sanctity of life, then the border issue doesn't matter. Either life matters or it doesn't, everything else trickles down from that. We've lost our grounding in regards to what the value of human life is, and I think we need to get to a point where we help people truly understand that the sanctity of life determines so many of our other policies.
Many businesses — and especially small businesses — were impacted by the pandemic. How would you assure Texas business owners of brighter days ahead?
We have to go back to incentivizing small business, and not depending on government handouts and subsidizing policies that don't work. The mandate should have never happened. We've got to get back to pre-mandate economy as well as job growth. We've got to stop lying about the numbers and say that the economy is growing and employment is growing simply because people are now able to go back to work. But we do need to give people a bright future with employment growth, financial success and independence, which is a thing that Texas is widely known for.
Reports have found that the state's electric grid is not prepared for another major freeze. How would you ensure a near-collapse of the grid would not happen again?
We've got to make sure that the grid is managed properly. What happened last February was a clear mismanagement and that ultimately falls on the desk of the governor. We've got to make sure that it's governed by Texas people within the state. We learned that in many cases people were not in the state who were on the board of directors, some weren't even in the country. We've got to remain energy independent, and we've got to make sure that we are faithfully taking care of our energy. We've got to make sure that our coal plants are not lying dormant so that if we do have a winter issue with our grid, we can crank up the temperature on our coal plants and fill in the gap. We don't have the best quality coal, but we do have coal that burns and we need to be consuming that for Texans in case of an emergency. We need to back it up with various other things that are not subsidized green sustainable energy solutions that tend to fail, as they did with the windmills and solar panels last February. So the grid needs to be maintained, managed and winterized properly. It needs to increase its production so that we don't see something like this happen ever again.
If you could take a different approach to one statewide issue than Abbott, what would it be and why?
We have to focus on the constitution — the U.S. Constitution and the Texas Constitution. I see over a dozen violations on the part of Greg Abbott in the last 18 months. Shutting down the state was something that could not and should not have happened. There's no logical reason for a governor to unilaterally and dictatorial the shutdown state in the case of a pandemic or supposed emergency. When Hurricane Harvey hit, we all loaded our trucks and we rolled south to help our neighbors. That's what Texans do. We did the right thing. We didn't have to be mandated to do those things in the case of an emergency.
Posted by High Plains Pundit on February 04, 2022
Tags: Opinion