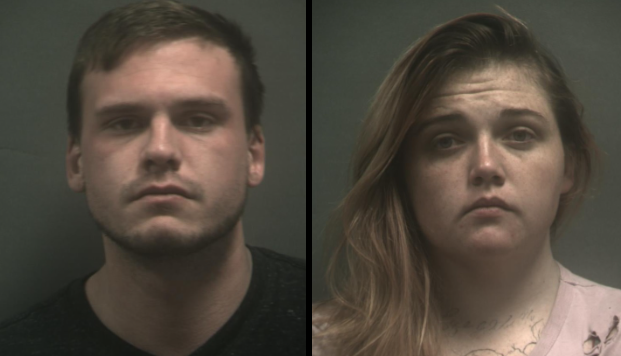 Early Wednesday morning, Amarillo police officers were called to a closed business in the 3400 block of Soncy Road on suspicious activity. Officers were told that there were two vehicles at the closed business and two subjects were on the property.
Officers located a blue Mazda sedan and a red Nissan Pathfinder at that location.
Stephanie Danielle Price, 22, was sitting inside of the blue Mazda. Price exited the vehicle and was in possession of a handgun and narcotics. Officers could also see two catalytic converters in the back seat of the vehicle.
Price was placed under arrest for Possession of a Controlled Substance, Unlawful Carrying of a Weapon, Theft of Property and six Municipal Warrants.
Officers checked the unoccupied Nissan Pathfinder and found tools used to remove catalytic converters.
After a search of the area, officers located Nate Oliver Murie, 22, hiding in the bed of a pickup truck on the property.
Murie was arrested for Theft of Property, Criminal Trespass, and two Municipal Warrants.
The catalytic converters were returned to the owner. Price and Murie were booked into the Randall County Jail on their charges.
Posted by High Plains Pundit on January 06, 2022
Tags: Regional