Russia sees 'no grounds' for more security talks with US, NATO 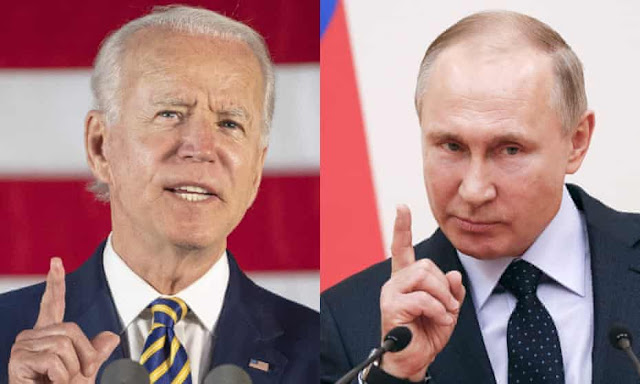 Russia says it sees "no grounds" for continued talks with the U.S. and NATO as the alliance seeks to avert a second Moscow invasion of Ukraine.
Speaking on Russian television, Russian Deputy Foreign Minister Sergei Ryabkov reiterated that the U.S. and allies reject Moscow's main demand for NATO to pledge to deny membership to Ukraine and other former Soviet states, The Washington Post reported.
“There is, to a certain extent, a dead end or a difference in approaches,” Ryabkov said, according to the Post.
“I do not see reasons to sit down in the coming days, to gather again and start these same discussions” without flexibility from Washington, he added.
Ryabkov’s comments come at the conclusion of three days of diplomatic dialogue among the U.S., its European allies and Russia amid Moscow’s military posturing near Ukraine.
Russia has massed more than 100,000 troops near its border with Ukraine, sparking fears that the Kremlin may be planning an invasion like when it annexed Ukraine’s Crimean Peninsula in 2014.
Russia, however, has denied intentions of invading Ukraine, and is demanding vast security changes from the U.S. and Europe.
Officials from Washington and Moscow met on Monday to discuss the latter’s security demands, followed by a meeting of the NATO-Russia council on Wednesday.
The Organization for Security and Co-Operation in Europe (OSCE) met in Vienna on Thursday. Ambassador Michael Carpenter, the U.S.’s permanent representative to the OSCE, was expected to lead Washington’s participation in the meeting.
Kremlin spokesman Dmitry Peskov similarly told reporters on Thursday that the prior two rounds of talks produced “positive nuances,” but that Russia was looking for more solid results, Reuters reported.
Posted by High Plains Pundit on January 13, 2022
Email ThisBlogThis!Share to TwitterShare to FacebookShare to Pinterest
Tags: World