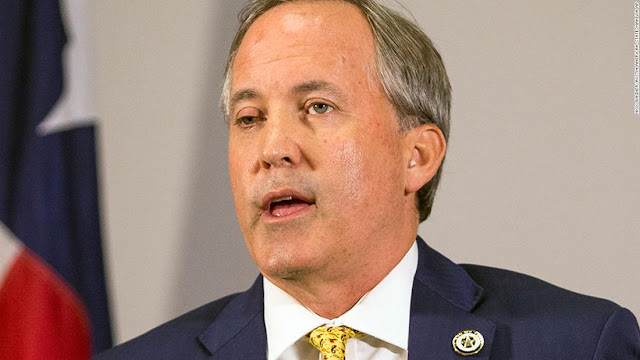 After a district and appellate court both rejected arguments from the Office of the Attorney General (OAG) that Attorney General Ken Paxton’s firings of several senior-ranking aides are not subject to the Texas Whistleblower Act, the OAG is pleading their case before the Supreme Court of Texas (SCOTX).
First reported by Austin American-Statesman reporter Chuck Lindell, the OAG filed its petition to SCOTX on Wednesday evening, the day it was due and over two months since the state’s Third Court of Appeals ruled against the OAG’s motion.
The arguments contained within the new petition are largely the same as what the office had argued at the lower-level courts.
“If expanded to include reports against elected officers, the Whistleblower Act transfers some of the most important personnel decisions in the State — those regarding every elected officer’s most senior and confidential staff — to the judicial branch,” argues the petition.
Conversely, the whistleblowers’ attorneys and the Third Court of Appeals concluded that such an interpretation to exclude elected officials from the protections afforded by the Whistleblower Act “would have the effect of stripping whistleblower protections from employees who might report misconduct by the thousands of elected officials throughout the State — particularly by those who direct and lead the agencies of this State.”
In the conclusion of its new petition, the OAG urged SCOTX to consider the matter since similar cases from other statewide elected officials would likely move through the same appellate court.
“Because most statewide elected officials work in Austin, it is unlikely that a split in authority will later develop to allow this Court to review the issue,” they assert. “And because this interpretation of the Whistleblower Act cannot be reconciled with basic separation-of-powers principles, this Court should grant review.”
The criminal allegations against Paxton erupted within his office in the fall of 2020 and several of the employees who were terminated subsequently filed a lawsuit under the Whistleblower Act in November 2020.
Since then, the case has slowly dragged through its court. The issue currently at hand — whether or not the employees can lawfully challenge Paxton as whistleblowers — brought most other considerations in the case to a halt when the OAG first appealed the district court’s decision on it in March 2021.
In the interim, the OAG also released a report in August that defended Paxton against the actual allegations that he had used his office to benefit Austin real estate developer Nate Paul.
The allegations against Paxton and the ongoing suit have been a focal point in the campaigns against him, particularly from Republican primary challengers who differ less on policy matters than Democrats contending for the position.
Land Commissioner George P. Bush, the first GOP candidate to launch a challenge against the incumbent, released a statement attacking his opponent after the new filing.
“Ken Paxton continues to defraud Texas taxpayers for his own personal gain,” said Bush. “Every minute his agency spends defending his criminal wrongdoing is a monumental waste of taxpayer dollars. His frivolous attempts to convince the courts that the law does not apply to him are nothing short of absurd and lack any legal merit whatsoever. I call upon Paxton to return every cent spent on his legal defense bill to the state treasury.”
Similarly, when launching his primary campaign in the fall, Rep. Louie Gohmert (R-TX-01) suggested that the allegations against Paxton could culminate in an indictment of the sitting attorney general after the primary election and when it is too late for Republicans to replace him on the ballot.
Less direct in her criticisms, former State Supreme Court Justice Eva Guzman has also brought up the allegations.
“Hire an AG who is not under indictment [and] facing FBI investigation,” she said in a tweet sharing a Wall Street Journal opinion piece, alluding to Paxton’s indictment on an unrelated matter and the reported FBI investigation into the more recent allegations. “Hire someone who spent the last 22 years deciding complex legal questions. It would be my privilege to take the fight to the Biden Admin for you.”
Posted by High Plains Pundit on January 06, 2022
Email ThisBlogThis!Share to TwitterShare to FacebookShare to Pinterest
Labels: Texas