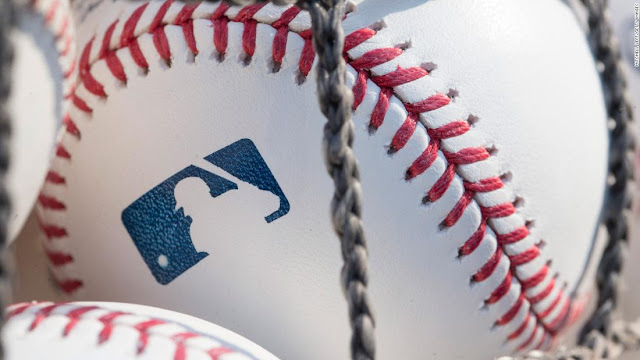 The owner lockout that's grounded MLB's offseason to a halt drags on, and two sides -- players and team owners -- haven't discussed the major issues since the labor stoppage commenced. Now, however, there's hope that discussions will begin again this month and address the economic issues that are driving the current standoff.
The Athletic's Evan Drellich reports:
Major League Baseball is preparing new core economic proposals to deliver to the Players Association. When they're presented, likely this month, core economic talks in the sport will have restarted for the first time since owners initiated a lockout on Dec. 2, marking a positive development.
Those economic issues don't figure to be easily resolved. From the players' standpoint, they'd like to address their shrinking share of those league revenues (indicated in part by the declining average player salary), the occasional practice of service-time manipulation (i.e., when teams hold back a clearly ready prospect in order to delay his free agency and arbitration eligibility for a full year), and the "tanking" problem, among other matters. Teams have increasingly trended younger in their roster construction, and the union will be fighting to get those younger players paid more in line with their on-field value while also seeking incentives to make teams more competitive with one another.
The owners, meantime, will likely be looking to maintain the status quo since the expiring CBA largely worked out to their benefit. One key battleground figures to be over the timelines for arbitration eligibility -- currently three years of MLB service time in almost all instances -- and free agency -- currently six years of MLB service time. Layered on top of all that is a host of lesser issues that could also prove challenging.
If past is indeed prologue, then the owner side will leak details of their next proposal. What will be telling is whether their revised proposal embodies genuine movement on the issues or, as has been owners' recent practice, it's just a rearrangement of prior proposals. If it's the latter, then it's unlikely a new collective bargaining agreement will be forged soon.
Whatever the case, the month of January will be a critical one at the bargaining table if spring training camps are to open on time.
Sports