Inflation rises to highest level since 1982 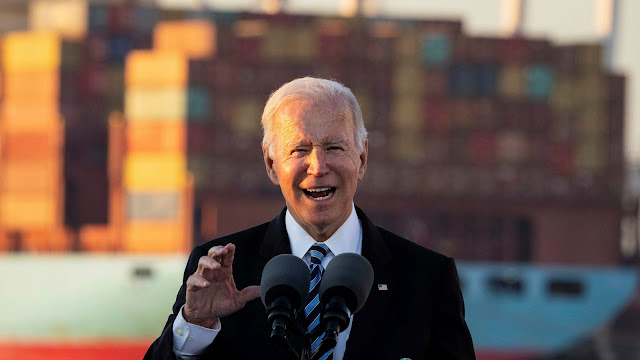 Consumer prices climbed 7 percent for the year ending in December, an increase the Labor Department said on Wednesday is the highest since 1982.
The department's consumer price index (CPI), which measures inflation for consumer goods and services, increased 0.5 percent in December alone.
Officials labeled price increases for shelter, used cars and trucks as the “largest contributors to the seasonally adjusted all items increase.” Higher prices for food were also marked in the latest report as a notable contributor to inflation, though its 0.5 percent increase last month was less than in recent months.
Prices for household furnishings and operations, apparel, new vehicles and medical care also rose in December, while motor vehicle insurance and recreation prices declined, just as the month before.
Energy prices dropped 0.4 percent in December after a series of increases. Gasoline and natural gas prices also decreased.
However, prices for all items minus food and energy rose 0.6 percent last month, weeks after a 0.5 percent increase in November. The Labor Department said that December marked the sixth time those prices have risen by at least 0.5 percent in the past 9 months.
The new inflation report adds to a list of challenges President Biden faces as his administration has sought to tout strong strides the economy has made amid the nation’s ongoing recovery during the pandemic in the face of rising prices.
Wednesday's report is the latest since one in November that showed that annual inflation had reached a 30-year high.
Posted by High Plains Pundit on January 12, 2022
Email ThisBlogThis!Share to TwitterShare to FacebookShare to Pinterest
Labels: National