Four men arrested in Amarillo for online solicitation of a minor 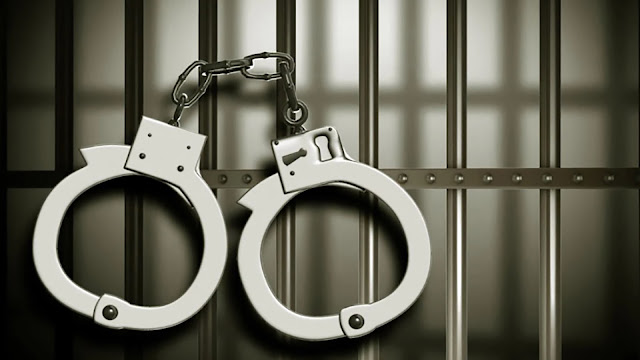 On January 7, 2022, the Special Victims Unit of the Amarillo Police Department along with the Texas Dept. of Public Safety, U.S. Marshals Service, and Homeland Security Investigations-Amarillo Field Office conducted an online sting operation within the city limits of Amarillo.
The operation targeted online predators in search of underage females for the purpose of engaging in sexual acts.
James Hayes, 33, Christopher Quintana, 42, Darrin Barnett, 43, and Garrett Simpson, 25, were all arrested for online solicitation of a minor and booked into Potter County Jail.
The City of Amarillo confirmed in a brief statement that one of the men arrested is a city employee.
"The Special Victims Unit of the Amarillo Police Department and its partners arrested a City of Amarillo (COA) employee in sting operation on Jan. 7 for online solicitation of a minor.
"The City of Amarillo holds its employees to the highest standards of public service and fully supports the APD investigation into this matter.
"As this investigation is ongoing, COA is not able to comment further on this matter," the City of Amarillo said.
Upon further investigation, High Plains Pundit was able to confirm that the City of Amarillo employee arrested in the sting was Garrett Simpson. Simpson is employed with the Amarillo Fire Department.
“We are taking this matter seriously and it’s an ongoing investigation,” officials from the Amarillo Fire Department said in a brief statement.
Local