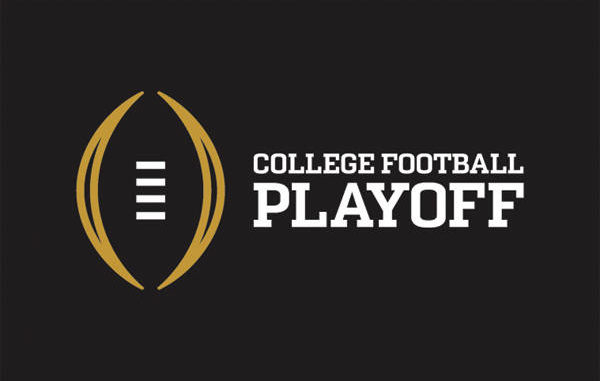 If the College Football Playoff does expand, it does not appear as if it will happen anytime soon. The CFP Board of Managers failed Monday to approve a proposal for an expanded 12-team playoff field with Big 12 commissioner Bob Bowlsby saying after the group's scheduled meeting that the managers "didn't even get close" to coming to an agreement.
While the CFP Management Committee (conference commissioners) did make a recommendation Monday to the managers (school presidents) on how to move forward with a 12-team expansion, the committee's proposal was not unanimous, and the managers failed to form a consensus as a means of moving forward.
The hope from some officials was that an expanded playoff could begin as soon as the 2024 season. Instead, it appears more likely the playoff will not expand until its current 12-year television contract with ESPN ends ahead of the 2026 season.
CFP executive director Bill Hancock is "not closing the door" on expansion occurring before that 2026 date; however, he did admit Monday that coming to a consensus among college football's commissioners and school presidents is "getting harder and harder" as the process continues.
If rights for the playoff do come open after the 2025 campaign, expect several networks to bid for the opportunity to air CFP games.
The original proposal, created by a four-person subcommittee that convened in 2019, was for the CFP to expand to a 12-team field consisting of the six highest-ranked conference champions and the other six bids going to at-large teams. The four highest-ranked teams would receive byes with the remaining eight teams playing first-round games.
That subcommittee was made up of Bowlsby, Mountain West commissioner Craig Thompson, Notre Dame commissioner Jack Swarbrick, and SEC commissioner Greg Sankey. It came up with its suggestion of a 12-team field in March 2020 but delayed presenting it amid COVID-19. The first hint of a possible expansion was mentioned in the 17th paragraph of a CFP release on April 23, 2021.
After the original June proposal, it quickly became obvious the process was going to be rocky. Exactly a month after the proposal, word leaked that Texas and Oklahoma were joining the SEC. That created uncertainty around the college landscape to the point the ACC, Big Ten and Pac-12 created an "alliance" essentially to limit the SEC's growing power.
Up for debate are numerous issues, including whether first-round games would be played on campuses or at neutral sites, how teams would qualify for the field, which bowl games will be included in the process and what revenue distribution will look like among conferences.
If and when the CFP expands, the increase in revenue is expected to be massive with TV rights worth $1 billion per year on the low end. The current deal averages $475 million per year.
The CFP has been criticized for its lack of variety. Michigan and Cincinnati this season became only the 13th and 14th teams to play in the event across its first eight years. That's 14 teams occupying 32 total spots. An SEC team has played in the last seven CFP National Championships with two SEC teams playing in the game for the second time on Monday night.
College football is one of the most exclusive bodies in sports. Even with the playoff only 3% of the sport's 130 teams participated in the championship postseason. A 12-team playoff would triple that number to 9%. By comparison, almost 20% of Division I basketball teams (68) play annually in the NCAA Tournament.
Posted by High Plains Pundit on January 10, 2022
Email ThisBlogThis!Share to TwitterShare to FacebookShare to Pinterest
Labels: Sports