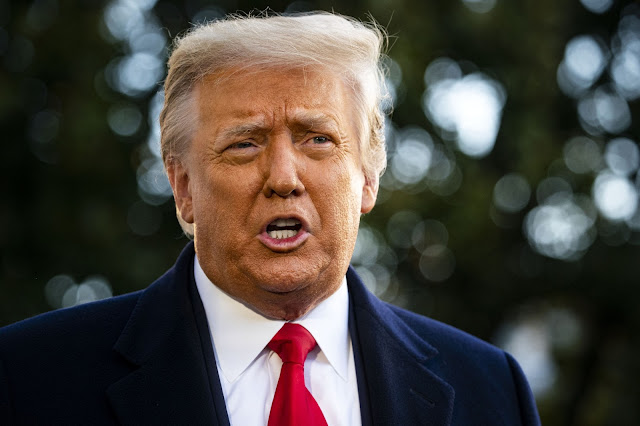 Former President Trump has been pushing states, including Texas, to audit their 2020 election results in the hope of exposing voter fraud that he claims cost him the election. But the states that have done those audits have confirmed the accuracy of their election results. And Texas just provided the most recent evidence.
Election-related bills were all the rage in state legislatures in 2021. The National Conference of State Legislatures (NCSL), an association of sitting state legislatures, reports that 3,676 election bills were introduced in state legislatures last year, the highest number since NCSL started tracking that issue in 2001. But only 285 of those bills actually became law in 42 states, close to the historical norm for odd-numbered years. Several of those laws included a requirement for an election audit.
An “election audit” can refer to several types of actions. According to NCSL, “Most states, use a traditional fixed percentage audit, in which a small percentage of precincts or machines are selected for a comparison of the official count to a hand tally.” Texas has just announced the Phase 1 results of its election audit. And the findings should calm some people’s fears.
On Dec. 31, the office of Texas Secretary of State John B. Scott released the results in the “Phase 1 Progress Report.” The report focused on four counties: Dallas, Tarrant (Fort Worth), Collin (just north of Dallas) and Harris (Houston).
Three of those counties (Dallas, Harris and Tarrant) voted for Joe Biden in 2020, though historically Republican Tarrant County went for Biden by only 0.2 percentage points. Except for San Antonio and Austin, and some counties in the South and West, Texas is a very red state, and Trump easily won it.
According to the secretary’s report: “In Collin County, precincts 126, 209 and 66 were chosen for the partial manual count. Among these three precincts, the results provided to the SOS office showed a 17-vote discrepancy between electronic and hand counts.”
In Dallas County, the discrepancy between the electronic and hand counts in seven precincts was 10 votes. The Harris County audit included 10 precincts, and the discrepancy was five votes. And Tarrant County had seven precincts in its audit and the vote discrepancy was zero. State officials, not the counties, picked the precincts to be examined.
To be clear, “discrepancy” does not necessarily mean fraud. In fact, the three counties with discrepancies provided general explanations, which included human error in the initial counts.
The secretary’s report also outlines the state’s other election-related efforts, which include assessing the accuracy of voting machines, checking the statewide voter registration list, checking for ineligibility due to death, felony conviction or lack of citizenship, and other issues such as being registered to vote in another state.
All are important tasks that states can and should be doing on a regular basis.
But Texas is not the only state to do an audit. Arizona and Michigan have also enacted GOP-led audits. The Arizona audit of Maricopa County, the state’s largest, found that Biden won, and by 360 additional votes.
The Michigan audit, conducted by Republicans in the state’s Senate, released their report last June. The lead author of the report, Oversight Chairman Ed McBroom (R-Vulcan) included a statement with the report asserting, “This committee found no evidence of widespread or systematic fraud in Michigan’s prosecution of the 2020 election.” McBroom concedes that the committee did find several issues that needed addressing.
Of course, the state of Georgia conducted a hand recount of the presidential contest that confirmed its election results. Georgia Secretary of State Brad Raffensperger (R) never found the nearly 12,000 votes Trump encouraged him to find.
With Texas weighing in with its Phase 1 results, the effort to prove widespread election fraud that might have changed a state’s presidential election outcome is zero for four. And note that the legislature in all four states mentioned above is controlled by Republicans. That’s also true of the other two states accused of widespread fraud that cost Trump the election: Wisconsin and Pennsylvania.
These election audits should alleviate some of the concerns expressed by voters, especially Republican voters. But, apparently, they haven’t so far.
Yes, there is voter fraud, but thankfully such cases are typically limited to one or a handful of people. Even that small number can make a difference in tight elections, primarily in low-turnout local and runoff races. But it has very little impact on statewide elections.
With November midterm elections coming – and as we approach the anniversary of the Jan. 6 riot – it’s critical that voters feel confidence in the basic accuracy and security of their state election systems. The really good news is that all the evidence so far indicates they can.
Posted by High Plains Pundit on January 04, 2022
Email ThisBlogThis!Share to TwitterShare to FacebookShare to Pinterest
Labels: Opinion