American entrepreneurs stepping up to the challenge 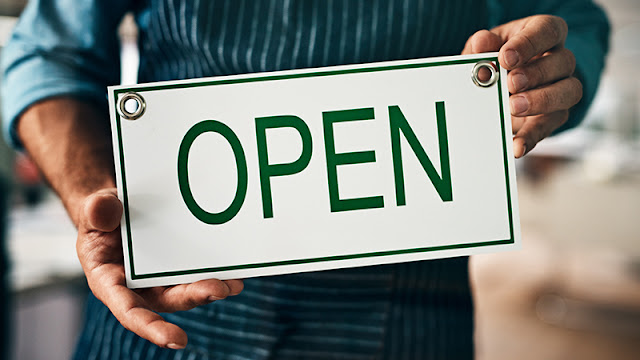 Many Americans are unhappy with the economy right now. That’s a problem for incumbent politicians, but it’s an opportunity for new entrepreneurs.
American entrepreneurs have been stepping up to the challenge. As the Cato Institute’s Chris Edwards wrote in a recent blog post, “Since the summer of 2020, the number of U.S. business startups appears to have soared.”
Edwards looked at the Census Bureau’s data on projected business formations and found that the number of start-ups is near the record-high since the data began to be collected in 2004. The number of new businesses plummeted during the Great Recession and stayed relatively flat during the recovery. It seems that the Covid recession has spurred a surge in entrepreneurship.
It’s not only because of a rise in self-employment, either. Edwards notes, “The chart data is for employer businesses, meaning firms that hire at least one worker other than the owner.” These are new businesses creating new jobs.
According to a National Bureau of Economic Research paper by University of Maryland economist John Haltiwanger, the surge in new businesses was unexpected. Past recessions didn’t spur entrepreneurship so quickly, and much of the government’s fiscal response was geared toward preserving existing businesses, he wrote. The surge is happening despite the government’s policy, not because of it.
Politicians are accustomed to thinking about more jobs, but it seems that new jobs would be more beneficial to the country’s current employment situation. Nationally, we have more jobs than unemployed people to fill them, yet many jobs remain unfilled. If these new businesses can take advantage of the apparent mismatch between workers’ skills and job availability, they could help coax people back into the labor force.
With the American Rescue Plan’s creating zero jobs in 2021, government would do well to stay out of the way and give these new businesses a shot. We tried the top-down, government-guided approach, and it didn’t work (as usual). These start-ups will know the needs of the communities in which they operate much better than the federal government does.
Ross Douthat called 2021 a “year of closed doors, downward tugs and steady disappointment.” He had reason to say so: Higher-than-normal inflation, vaccines that don’t prevent the spread of Covid as well as hoped, and a parade of failures from the Biden administration dampened the national mood.
But that’s an environment ripe for entrepreneurship, and the business-formation data provide evidence that Americans haven’t lost that instinct. Entrepreneurs see dissatisfaction as a profit opportunity. When they’re allowed to form new businesses to attempt to satisfy consumers’ needs, new technologies and business models get a chance to succeed.
Of course, most of these start-ups will fail, and plenty won’t do anything groundbreaking. Don’t expect this surge in business formation to have huge immediate effects on the economy. But it does give a reason to temper the pessimism about the economy in the long run.
Posted by High Plains Pundit on January 31, 2022
Tags: Opinion