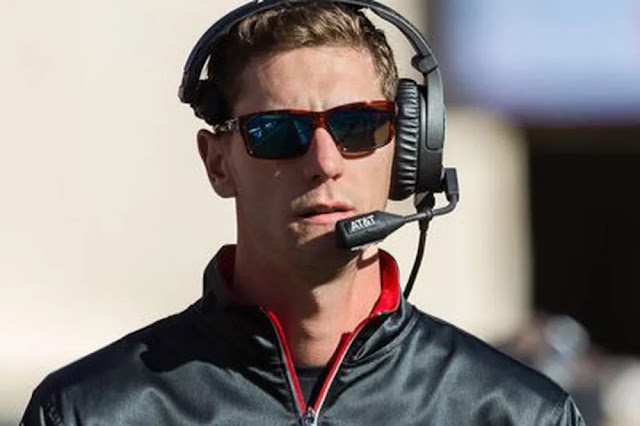 Zach Kittley has accepted an offer to return to Lubbock and become the offensive coordinator for the Texas Tech Red Raiders.
Kittley was most recently the Offensive Coordinator at Western Kentucky, where the Hilltoppers ranked 2nd in Division 1 with 43.1 points per game, after only averaging 19 points per game during the 2020 season without Kittley.
Kittley’s starting quarterback this year, Bailey Zappe, is currently 443-of-640 for 5,545 yds and 56 TDs on the year. You might remember Zappe as the starter for Houston Baptist who came in to Lubbock and went 30-of-49 for 567 yds and 4 TDs as Tech survived a 35-33 game against HBU, who were 40-point underdogs entering that game.
Kittley is a former graduate assistant at Tech and helped coach Patrick Mahomes for three years while he played for the Red Raiders. He left Tech in 2017, to become the Offensive Coordinator at HBU, and was hired at Western Kentucky prior to the 2021 season.
Posted by High Plains Pundit on December 06, 2021
Tags: Sports