These issues will crush Democrats in 2022 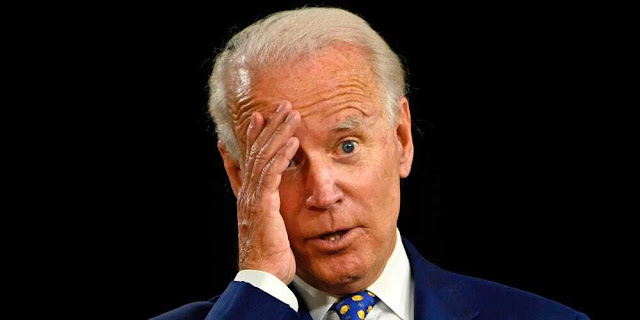 Three issues will crush Democrats in the 2022 midterm elections. In a recent Ipsos survey, respondents listed the economy, health and crime as the country’s most urgent problems. Bad news for Democrats: Republicans win on all three, hands down.
Number one is COVID-19. During last year’s final presidential debate, candidate Joe Biden said this about President Trump’s handling of the pandemic: “220,000 Americans dead. If you hear nothing else that I say tonight, hear this...anyone responsible for that many deaths should not remain as president of the United States of America.”
Those words haunt President Biden today, as more people have died of COVID under his watch than during the Trump presidency, despite the availability of vaccines and improved treatments.
In his August speech accepting the Democratic nomination for president, Biden claimed, “After all this time, [Trump] still does not have a plan. Well, I do.”
Optimists who imagined Biden’s plan would bring the virus to heel are angry and disappointed. They increasingly doubt the medical experts whom Biden relies on, primarily Dr. Anthony Fauci, director of the National Institute of Allergy and Infectious Diseases, and Dr. Rochelle Walensky, director of the Centers for Disease Control and Prevention (CDC).
The CDC in particular is under fire for mismanaging COVID tests and failing to track important data, like the number of people who have been vaccinated and the prevalence of breakthrough cases.
The authorities dictate widespread use of testing but have failed to provide necessary tests and seem unsure whether the tests we have are accurate.
Hours-long lines of people awaiting tests conjure up the infamous gas lines of the 1970s, prompting comparisons between Joe Biden and Jimmy Carter. Ouch.
Meanwhile, Biden orders vaccine mandates, throwing thousands out of work; the CDC unhelpfully changes guidance about isolation requirements that appear drawn from thin air to alleviate labor shortages. The agency also presents estimates of omicron cases that seem ludicrously wrong.
Further, the authorities demand proof of vaccination even as the fully vaccinated and boosted appear quite capable of spreading the infection.
Confusion reigns; Biden’s approval on COVID management has plummeted and is now upside down.
Meanwhile, Republican-led states have led the country in terms of economic recovery. Voters who suffered sizable hits to income and who saw their children lose out on schooling wonder whether the onerous blue-state lockdowns and mandates made sense.
Number two is inflation. Prices will not stand still. Supply chains may normalize, relieving some of the pressure on transportation costs or prices on certain scarce goods, but that’s only one part of the problem.
We have a wage-price spiral taking hold thanks to a profound labor shortage that has been exacerbated by Biden’s vaccine mandates and generous COVID relief payments. Union bargaining has become more aggressive (see Kellogg and Deere), while both service and white-collar workers are able and eager to demand more pay. In addition, nearly half of states are poised to raise their minimum wage next year.
All of this will drive wages higher, creating more cost pressures and encouraging companies to raise prices. Already, many big corporations, such as Kraft Heinz and Campbell Soup, have announced plans to do so.
At the same time, government spending has skyrocketed, and the Federal Reserve has flooded the economy with cheap money. Since 2019 the Fed’s balance sheet has more than doubled, expanding by $5 trillion to nearly $9 trillion today. Looked at another way, the Fed’s balance sheet has grown from 20 percent of GDP to almost 40 percent.
Fed Chairman Jerome Powell has announced that the Federal Reserve will slow its bond purchases and has signaled as many as three rate hikes next year.
The Fed, which is predicting inflation of 2.6 percent in 2022, is still way behind the curve. Leading Wall Street economist Ed Hyman is forecasting that prices will rise by about 3.5 percent, and notes that Fed tightening takes more than a year to take effect.
Even as wages go up, they are not keeping up with rising prices. Inflation will remain top of mind for voters who connect the dots between higher prices and Democrats’ budget-busting bills. Reckless spending will provide an easy target for Republicans.
Number three is crime. In a recent Ipsos survey, Americans said that crime was the country’s third most pressing problem. No wonder: Our streets are unsafe, and looting has become widespread.
Progressive Democrats have led their party’s efforts to defund the police and hobble law enforcement. Crime is up, especially in large Democrat-run cities such as Chicago and Philadelphia. Republicans have historically been viewed as tough on crime; when public safety becomes an issue, as it is today, they win.
In a recent Economist/YouGov poll, only 32 percent of respondents approved of Biden’s handling of crime, while 49 percent disapproved. Worse for Democrats, only 24 percent of independents gave the president high marks on the issue, as did just 28 percent of Hispanic voters, revealing two emerging weak spots for the party.
There are plenty of other issues that will help the GOP come next November, like the flood of people entering the U.S. illegally, the outsized and damaging influence of teacher unions, suppression of free speech on college campuses and by Big Tech, and opposition to critical race theory being taught in schools.
Democrats have not just paved a pathway for a Republican sweep; they have provided a superhighway.
President Biden is also hurting his party as he is increasingly viewed as unable to perform the duties of his office and is suffering withering polls. He is a millstone around the necks of Democratic candidates, especially those running in toss-up districts.
Nine months is a long time in politics; things could change. But if the elections were held today, Democrats would indeed be clobbered.
Posted by High Plains Pundit on December 31, 2021
Email ThisBlogThis!Share to TwitterShare to FacebookShare to Pinterest
Labels: Opinion