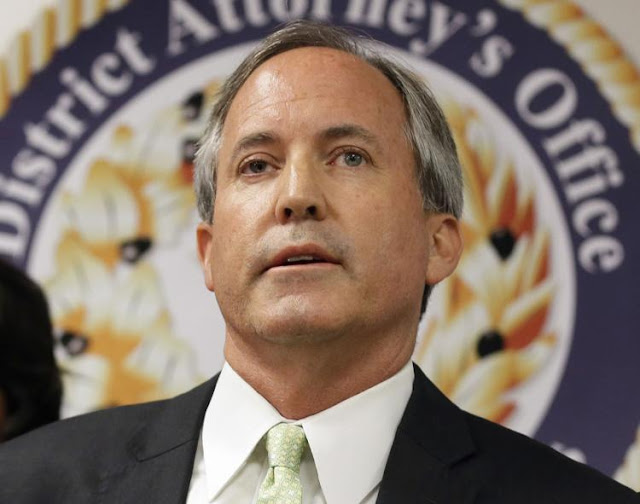 By Bethany Blankley
Texas Attorney General Ken Paxton has won another case against the Biden administration, this time over healthcare worker vaccination mandates. Texas was granted a preliminary injunction, blocking the administration from imposing vaccine mandates on the employees of Medicaid and Medicare providers and suppliers.
“This is a win for liberty. The federal government does not have the ability to make health decisions for hard-working Americans,” AG Paxton said. “These unconstitutional mandates have no place in our country, and they are not welcomed here in Texas.”
In his order, U.S. District Judge Matthew Kacsmaryk enjoined the federal government from implementing and enforcing a Centers for Medicare and Medicaid Services (CMS) COVID-19 vaccine mandate as a condition of employment for all Medicare and Medicaid-certified providers and suppliers operating in Texas, pending a trial or another order issued from his court.
“Defendants shall immediately cease all implementation or enforcement of the Interim Final Rule with Comment Period as to any Medicare- and Medicaid-certified providers and suppliers within the State of Texas,” Kacsmaryk wrote in his 31-page ruling.
He also ordered the administration to notify all Medicare- and Medicaid-certified providers and suppliers in Texas that the CMS mandate “will not be implemented or enforced.”
On November 5, CMS published a final rule requiring every employee, contractor, trainee, student, and volunteer working for one of the covered providers or suppliers to receive both COVID-19 shots by December 6. If they didn’t comply, the provider would be subject to penalties. Employees would likely lose their jobs.
Paxton sued, alleging 10 violations by the administration in issuing the mandate.
On Nov. 16, Paxton filed a motion for a temporary restraining order and preliminary injunction. In a separate case, on Nov. 30, the U.S. District Court of the Western District of Louisiana issued a nationwide preliminary injunction against the CMS mandate. On Dec. 15, the Fifth Circuit narrowed the nationwide preliminary injunction to only apply to 14 states, excluding Texas.
Kacsmaryk’s ruling granted the injunction to Texas, affirming that its case has a substantial likelihood of success on the merits. Texas would suffer irreparable harm if the court did not issue the injunction.
The judge sharply criticized CMS in his ruling.
“COVID-19 cases were of significantly greater public health concern when vaccines first became available nearly one year ago,” Kacsmaryk writes. “Yet Defendants fail to explain how the current vaccination rate among healthcare workers creates an emergency justifying a preclusion of a notice-and-comment period.”
CMS issued the rule on “an alleged ‘emergency basis,’” he notes, but only input from stakeholders who support the mandate was given time to review it; CMS “failed to find time to receive input from stakeholders” who didn’t support it.
According to the judge’s order, the mandate applies to roughly 10.4 million people and an additional 2.7 million once hired. In the first year alone, costs associated with implementing the mandate would be nearly $1.4 billion. He notes roughly half, $600 million, would go towards staffing and service disruptions during an alleged health emergency.
The judge also criticized CMS for conducting “a weak and underwhelming analysis of the effects it would have on healthcare staff shortages and patient care.” While CMS has acknowledged the disruptions the mandate could create “in a healthcare environment already plagued with ‘endemic staff shortage,’” he writes, it “absurdly concludes that the vaccine requirement ‘will result in nearly all health care workers being vaccinated, thereby benefiting all individuals in health care settings.’”
He points out that CMS admitted there was “insufficient evidence to quantify and compare adverse impacts on patient and resident care associated with temporary staffing losses due to mandates.
But he gives an example of a rural area not far from his Amarillo, Texas, court that it would negatively impact if the mandate were to go into effect.
Slightly more than half of the medical staff in the rural Hansford County Hospital District, 56%, have received both COVID-19 shots. The rest have not received them due to personal, religious, or medical reasons.
“The hospital cannot afford to lose more employees because healthcare workers are difficult to recruit in rural areas,” the judge writes. “If enforced, the CMS Mandate would likely create a greater strain on limited resources and prevent residents of rural communities from receiving vital medical services.”
As of last month, nearly a third of Texas’ long-term care workers hadn’t received the COVID jabs, the Texas Health Care Association told The Dallas Morning News.
CMS issued the mandate in September, which allows for medical and religious exemptions. CMS argued it was issued to protect “those fighting this virus on the front lines while also delivering assurances to individuals and their families that they will be protected when seeking care.”
Kacsmaryk’s ruling provides another blow to the administration’s vaccine mandates, which have been halted nationwide by federal judges in different jurisdictions.
After the Louisiana ruling last month, one of the largest hospital chains, HCA Healthcare, and Dallas-based Tenet Healthcare, dropped their mandates, The Wall Street Journal reported.
On Monday, a panel of judges on the 8th Circuit Court of Appeals denied the Biden administration’s request to overturn an injunction against the CMS mandate in a lawsuit filed by 10 states led by Missouri.
Posted by High Plains Pundit on December 17, 2021

Email ThisBlogThis!Share to TwitterShare to FacebookShare to Pinterest
Tags: Texas