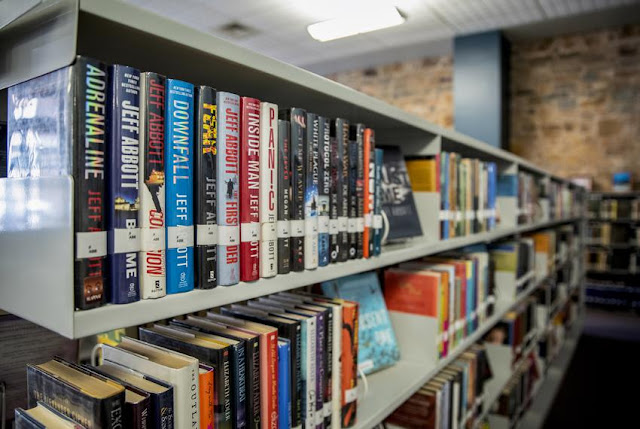 A Texas public library on Tuesday closed its doors temporarily to allow for a small group of librarians to conduct a “thorough review” of children’s books, weeding out titles considered inappropriate for young readers.
The Llano County Library will be closed until Friday, at the request of the County Commissioners Court, the Texas Tribune reported.
The court on Dec. 13 also voted unanimously to suspend access to the library’s electronic book collection, offered through online book provider Overdrive “until further notice.”
After the librarians’ review is completed, a new “young adult plus” section will be added to the library, separating books with what librarians say is more mature content from the existing young adult section.
America is changing faster than ever! Add Changing America to your Facebook or Twitter feed to stay on top of the news.
“I think we owe it to all parents, regardless if it’s a school library or a public library, to make sure that material is not inappropriate for children,” Llano County Judge Ron Cunningham told the Tribune this week.
Cunningham added that this is likely the first of multiple changes to the county library system, and there are plans in motion to develop a library advisory board to deal with an influx of requests to reevaluate books in circulation.
Llano County is just one of many communities in Texas questioning whether children should have access to books with content some consider controversial or inappropriate. Recent book banning efforts have mostly centered around titles educating children and young adults about race, gender and sexuality.
Until now, those efforts have mostly targeted libraries at public schools.
Early last month, Republican Gov. Greg Abbott wrote in a letter to the executive director of the Texas Association of School Boards that parents have the right to “shield their children from obscene content in schools” and public schools shouldn’t provide “pornographic or obscene material” to students.
The letter did not provide any specific examples of such content.
In October, Texas Rep. Matt Krause, a candidate for state attorney general, notified the Texas Education Agency in a letter that he would be launching “an inquiry into Texas school district content.”
Krause questioned the inclusion of 850 books about race and sexuality in public school libraries. He also asked the agency and several school districts to identify books owned by the districts that deal with human sexuality, HIV and AIDS, and titles that “might make students feel discomfort.”
Elsewhere in Texas, the city of Victoria last week voted to keep 21 contested books on public library shelves. Some residents at a public hearing in November had “expressed concerns that books, which they consider pornographic, could be easily found by children in the library,” the Victoria Advocate reported. Others “merely had objections to any books that portray LGBTQ relationships and people as normal.”
Posted by High Plains Pundit on December 22, 2021
Email ThisBlogThis!Share to TwitterShare to FacebookShare to Pinterest
Labels: Texas