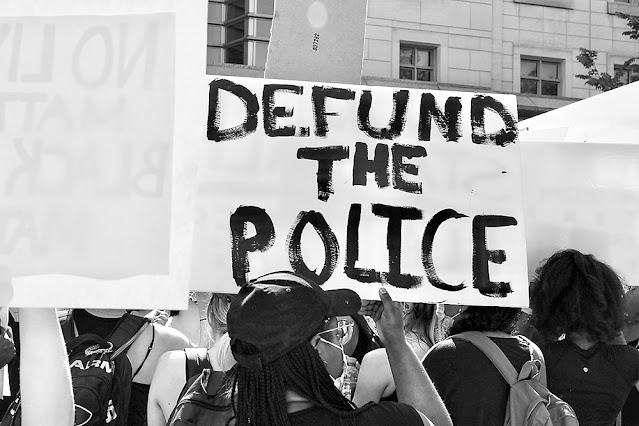 Liberal mayors across the country who took an ax to the budgets of their police departments following the death of George Floyd almost two years ago are scrambling. They now find themselves under extraordinary pressure from residents, including those who elected them, to address the unprecedented levels of crime and violence in their cities.
Combined with unrelenting national media attention regarding their early support of defunding police and inability to put forth effective alternative anti-crime solutions, liberal mayors are now reversing course and publicly calling for increased funding, aggressive policing measures, harsher penalties, and federal assistance for their cities. The motive for change is obvious, and not surprising — they swung for the fences and missed big time by adopting the most extreme and dangerous position of the left known as “Defund the Police.”
These mayors couldn’t resist the temptation no matter how impractical and unnecessary the idea was. They joined groups including Antifa, Black Lives Matter and democrat members of Congress (most notably “The Squad”) and immediately began slashing the budgets of their police departments and limiting their operations instead of implementing more reasonable, common-sense approaches like increased training and retraining, updated use of force criteria, and the deployment of additional less-than-lethal options for officers.
Instead, they responded to these calls by politicizing and villainizing the entire law enforcement profession and in the process their own departments. The mayors acted like they were invincible, yet the unforeseen problem lurking in the distance two years later for them and the Democratic party is that from the very beginning, they were dead wrong on this issue — wrong on the popularity and practicality of defunding police and not enforcing the law in a civilized society and wrong on the eventual political repercussions that they would face as citizens and visitors became fearful and disgusted at what these cities had come to resemble — third world countries.
Before the public allows the mayors of Portland, Seattle, Chicago, Atlanta, San Francisco, Los Angeles, New York City, and others to succeed in changing the narrative for their own politics and proclaim that they have always been supportive of law enforcement, we must point out the obvious. They’re not changing their positions for the right reasons because they’re horrified at what has been occurring every day in their cities and its effect on their citizens. Let’s face it, crime has been rapidly trending upwards and ravaging these cities, claiming many victims along the way for almost two years now. If there was to be a change because they cared, it would have happened already.
The real reason for the change is because they have been made to acknowledge that this chaos cannot go on any longer by voters in their cities and are fighting for their political survival. Yes, while pointing fingers, we should also acknowledge that these are the very voters who in many cases elected the mayors to their office and mostly supported their initial defunding efforts — until they didn’t. You see, what the mayors miscalculated is that like them, the voters have a way of sometimes pulling the rug out from under their elected leaders when they are negatively impacted by policies that they once supported.
In this case, Democratic voters now realize that defunding the police was a very, very bad idea. Society needs law enforcement to maintain law and order, and those who commit crimes must be held accountable. Even as these mayors vow to immediately fund their police departments adequately, resolving the current problems of these cities will be a long and arduous undertaking based on their initial “scorched earth” approach.
In addition to dramatically increasing crime rates, mayors who defunded their police departments also created a larger mess in the process by also negatively impacting recruitment, hiring, retention, morale, and eliminating any trust that previously existed between police officers, their leadership, and elected leaders. Major city police departments will require time to adapt to changing policing strategies and priorities. Further, officers will rightfully be suspect of any promised support from their mayors. As a result, major cities will remain stuck dealing with continuing crime well into 2022 with residents and businesses continuing to flee.
To understand just how bad “Defund the Police” is for these mayors, we have no further to look than the city of Chicago which arguably rates as the most dangerous city in the country because of the way Mayor Lori Lightfoot has handled defunding and constraining her police department. Now, the mayor is asking for federal law enforcement assistance to combat crime in her city and I am not convinced that the federal government should step in immediately and help. The mayor should first be required to prove that she can correctly manage and utilize her own police department prior to any federal assistance being made available. Further, it eliminates the possibility of making federal agencies political scapegoats as this mayor, and others, have done to their own police departments in the past. Every mayor who defunded their police department should be required to fix the mess they created through this flawed experiment.
It should be noted that while the Biden administration has said it has never supported defunding police, it has taken no action against any of these cities in the form of withholding federal public safety grants or other options at the federal government’s disposal. Mayors and national elected leaders who supported defunding law enforcement must be held accountable and voters must be smarter in who they elect next time around.
Posted by High Plains Pundit on December 31, 2021
Email ThisBlogThis!Share to TwitterShare to FacebookShare to Pinterest
Labels: Opinion