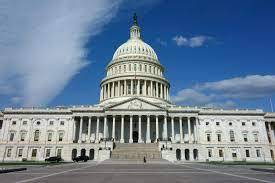 Lawmakers released the text of the compromise reached on the annual defense policy bill on Tuesday in a new effort to get the sweeping bill across the finish line.
The compromise on the 2022 National Defense Authorization Act (NDAA), released by the House and Senate armed services panels, includes a $768.2 billion top line for discretionary funds and addresses a wide range of issues, from the U.S.’s withdrawal from Afghanistan to military justice reform.
Speaker Nancy Pelosi (D-Calif.) indicated in a Dear Colleague letter that the House will "move to pass" the NDAA Tuesday evening. Her office said that means the aim is to vote on final passage and send the bill along to the Senate.
“It’s a good bill, it’s not perfect. Every single person has something in it they don’t like that didn’t get in it that they wished had,” Rep. Adam Smith (D-Wash.), chairman of the House Armed Services committee, told the House Rules Committee in a hearing on Tuesday.
“And we managed to get a deal together that I think creates an outstanding piece of legislation that upholds our responsibly on a committee, and might I add our responsibility as a Congress,” Smith said.
Tuesday’s compromise comes after efforts in the Senate to finally pass the sweeping defense policy bill were repeatedly stalled by disputes over which amendments would receive votes on the floor.
On Monday, Senate Majority Leader Charles Schumer (D-N.Y.) said he would instead bring the compromise to the floor for a vote.
The $768 billion top line includes $740 billion for Department of Defense programs, $27.8 billion for national security programs within the Department of Energy and $378 million for defense-related activities.
The NDAA is a policy bill and does not authorize spending, meaning an appropriations bill would also need to be passed.
The measure addresses a wide range of issues on lawmakers’ minds, including concerns relating to the U.S.’s withdrawal from Afghanistan and military justice reform. The measure also includes a 2.7 percent increase in military basic pay, which was recommended by the White House.
But notably absent is a provision which would have required women to register for the draft. Politico, which first reported the change, wrote that the provision had been dropped so that Republicans could sign onto larger military justice reform.
The bill directs the establishment of an independent commission to examine the U.S.’s 20-year conflict in Afghanistan.
The proposal also includes sweeping military justice reforms, removing the commander from decisions to prosecute crimes such as rape, sexual assault, murder, manslaughter and kidnapping. The inclusion of that provision marks a win after Sen. Kirsten Gillibrand (D-N.Y.) led dozens of colleagues in ensuring that military justice remained in the compromise bill.
The measure also criminalizes sexual harassment under the Uniform Code of Military Justice, and requires all claims of sexual harassment to be investigated by an independent investigator outside of the chain of command.
The bill further requires the Department of Defense to submit a report on adding violent extremism to the Uniform Code of Military Justice.
The compromise additionally includes a measure that prohibits private funding from being used to fund any state’s National Guard deployment to another state, except for natural disasters.
That provision — which was originally included in the House version — came after South Dakota Gov. Kristi Noem (R) used private funding from a Tennessee billionaire’s donation to subsidize deploying the National Guard to Texas.
Posted by High Plains Pundit on December 07, 2021