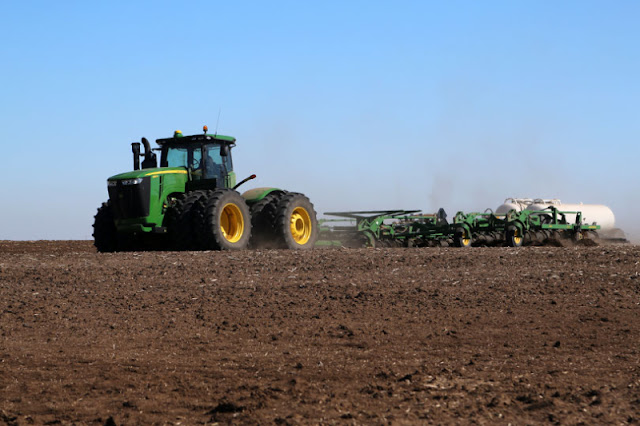 By Jennifer Whitlock
As fertilizer prices continue to skyrocket, farmers and ranchers grow increasingly concerned about the 2022 growing season.
Fertilizer prices have increased as much as 300% in some areas, according to the American Farm Bureau Federation (AFBF).
Factors contributing to those record-high prices include increased energy costs, trade duties, global fertilizer demand, supply chain issues and increased prices for nitrogen, phosphorus and potassium.
“Rising fertilizers prices are a great concern for farmers across the country,” AFBF President Zippy Duvall said. “The rising cost of supplies is slowing down the momentum America’s farmers were starting to build through higher commodity prices and increased demand for their products. Hard-working families must be able to do more than just break-even. We urge the Biden administration to look for ways to bring fertilizer prices down, which include resolving supply chain disruptions and removing import duties, so farmers can continue growing the food, fuel and fiber America relies on.”
A recent AFBF Market Intel examines the short- and long-term factors impacting fertilizer supply and demand.
Kyle Maruska, a Central Texas branch manager for Helena Chemical, recommends farmers stay in touch with their sales representatives.
“There are some legitimate concerns about us running out of urea ammonium nitrate (UAN). The fertilizer price has more than doubled, and now the big thing for us is glyphosate, or Roundup,” Maruska said in an interview with the Texas Farm Bureau Radio Network. “There is likely not going to be enough Roundup for the 2022 crop year. My team and I are looking at other options and thinking we’re going to have to use some chemistries we haven’t used in decades to help us with these shortages, but everything’s extremely tight. It’s going to be a very real struggle.”
Fertilizer prices first began to rise after the U.S. initiated countervailing duty investigations into several countries amid allegations from domestic companies of unfair subsidization practices by those nations.
Now, in addition to pandemic-related slowdowns and shutdowns over the past few years, soaring energy costs in Europe and other foreign countries has fertilizer manufacturers shutting down plants or reducing production, exacerbating the issue.
Further complicating things are the sustained wait times for resupplies as shipping vessels scramble back and forth across the ocean to fulfill pent-up consumer good demands, leaving little room for commodities and industrial goods.
Supplies of crop production and crop protection chemicals are in the same boat, so to speak.
With corn planting in Central Texas right around the corner in February, Maruska noted farmers should be planning at least three to four weeks ahead and finding alternative strategies for crop production and protection.
“Have a weekly visit with your retailer and ask, ‘How is supply? What are you hearing?’ Because you don’t want to end up planting a crop that you can’t keep as weed- and pest-free as possible,” he said. “Be in talks with your local retailer and have multiple plans of actions in case something blows up, because it’s going to happen. It’s not a matter of if, it’s about when. Something is not going to go as planned, I assure you. We’ve got to be prepared, and we’ll try to tough this year out together.”
Posted by High Plains Pundit
Email ThisBlogThis!Share to TwitterShare to FacebookShare to Pinterest
Tags: National, Regional, Texas