Rangers spending millions in attempt to build a winning foundation 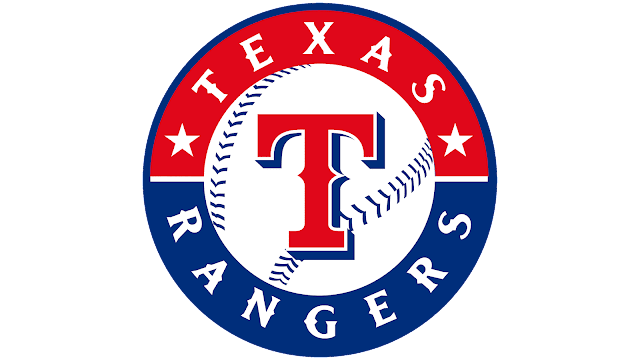 It would be easy to get caught up in the money. Almost impossible not to. Kind of like looking at the video board across the way at AT&T Stadium. Once you see it, you can’t look away.
The Rangers are committed to spending how much this offseason? $561 million? Come again?
It’s an MLB record for team free agent spending in one winter. By more than $100 million. The Rangers spent it on four players in 24 hours, culminating with news Monday that, according to multiple industry sources, they had reached a 10-year agreement for shortstop Corey Seager worth $325 million. And they did it while owners continue to maintain there are significant financial flaws in the game that need to be addressed and are willing to shut down the industry on Wednesday night if they aren’t.
Seager, 27, would join infielder Marcus Semien (seven years, $175 million), pitcher Jon Gray (four years, $56 million) and outfielder Kole Calhoun (one year plus an option for $5.2 million) once they all pass physicals in forming the Half-Billion Brigade.
The total spent may rise. The Rangers are still willing to engage with three-time Cy Young Award winner Clayton Kershaw, who still calls Highland Park home. And maybe an outfielder with spare change. When it’s all said and done, the total might be more than Ray Davis and company spent to buy the team out of bankruptcy back in 2010. It cost them a mere $593 million back then.
And here’s the thing: Hard as it may be to look away from that figure — $561 million! — it’s not about the money. It’s about the blueprint.
The blueprint of a championship culture.
It is something General Manager Chris Young has talked of endlessly since joining the organization last winter. The Rangers struggled through a 102-loss season in 2021 while Young and the organization tried to build out the infrastructure to be more attractive for championship-caliber players. The front office and coaching staffs were rearranged. There was more investment into research and development.
There was time spent convincing ownership of the real costs of winning, though, to be fair, that wasn’t a particularly hard sell after five straight losing seasons.
And then it was time to act.
The money was just the cost of doing business.
“You have the opportunity to be part of something that’s never been done in Texas Ranger baseball history: be part of a world championship team that is being built from the ground up,” Young said two weeks ago of his sales pitch for free agents. “If you’re buying stock, now’s the time to buy stock in the Rangers. That’s how I feel.”
That and a whole lot of cash proved convincing.
The two middle infielders represented 90% of the cash outlay. The Rangers will also give up second- and third-round picks in next year’s amateur draft. Seager will get a limited no-trade clause. There are no opt outs.
Semien, 31, got a seven-year deal when the market might have been closer to five or six. The rest of the market, though, wasn’t coming off a 100-loss season. There is little doubt about Semien’s bonafides. He finished third in the AL MVP voting with Toronto in 2021. He has finished third twice in the last three years. He is also a self-made elite defender, going from 35 errors as a first-year shortstop to winning a Gold Glove at second base. But he also needed to be convinced of the Rangers’ seriousness.
Once he was, it was easier for others, too.
Seager, 27, was the NL Rookie of the Year in 2016 and finished third in the MVP voting that season. Since 2016, his .865 OPS at shortstop ranks second in the majors to San Diego’s Fernando Tatis, who has 1,400 fewer plate appearances.
Seager has played in three World Series and was the MVP of the 2020 World Series played at Globe Life Field in Arlington. When 2021 began, he’d hit more homers in the Rangers’ home ballpark than any Ranger.
It gives the Rangers perhaps the best middle infield combo in the league, reinforced by Isiah Kiner-Falefa, at least for the moment. He either gives the Rangers a strong backup or a potential trade piece.
“I like that they are building up the middle,” said MLB Network analyst and former Colorado GM Dan O’Dowd. “They’ve added an MVP-caliber shortstop and an MVP-caliber second baseman. Even if next year is just a step in the right direction for the Rangers, what I like is there is now a core to build around.”
And something else.
“You invest in intangibles to some degree,” O’Dowd said. “And nobody brings more intangibles than Marcus Semien. These are good players, but good teammates, as well.”
The “championship culture” which Young, President of Baseball Operations Jon Daniels and manager Chris Woodward have spoken of so often revolves around talent and those “intangibles.” There is no metric for intangibles, but there is a cost.
For the guys they wanted, the Rangers were willing to meet it. This was not a case of simply having to spread money around and finding somebody willing to take it.
In a free agent class of middle infielders considered elite, the Rangers took the first two off the market. They made their choices and will let others fight for what’s left.
Back in July, when the Rangers traded away Joey Gallo, Kyle Gibson and Ian Kennedy, Daniels explained that the club had to be willing to no longer settle for any “half-measures” when making decisions. At that time, he was referencing the tear down of the team. On Monday, “no half-measures” still applied. But the Rangers have entered a whole different phase.
And for the players they wanted, the cost was merely a number.
Posted by High Plains Pundit on November 30, 2021
Tags: Sports