Mexico lays out conditions for restart of 'Remain in Mexico' program 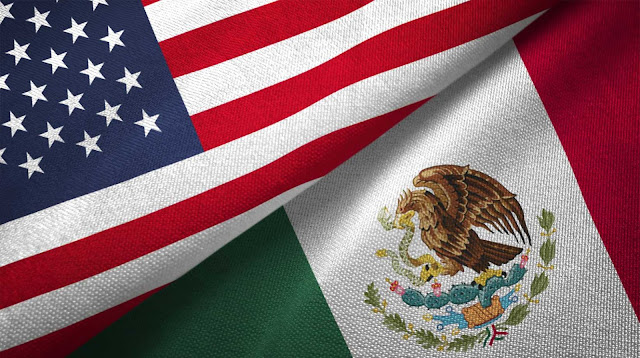 The Mexican government has laid out various requests it wants met before the Trump-era "Remain in Mexico'' program is reinstated after a federal judge ordered the Biden administration to restart it.
"The government of Mexico ... has raised various concerns of a humanitarian nature regarding the asylum procedure in the United States," the Mexican Foreign Ministry said in a statement Friday, per Reuters.
Biden and Mexican President Andres Manuel Lopez Obrador have yet to agree to restart the program, formally known as the Migrant Protection Protocols (MPP), which requires asylum seekers to live in Mexico as they await determination of their applications in the U.S.
Mexico is asking that development programs for southern Mexico and Central America be accelerated in an effort to address the root cause of migration. Additionally, Mexico asked that migrants get medical attention and COVID-19 vaccines and requested "additional resources" for shelters and assistance with legal advice, the news service added.
"The Government of Mexico emphasizes that ... it requires the Government of the United States to promptly address these humanitarian measures," the Foreign Ministry also said, adding that it "awaits a formal response from the United States government," according to Reuters.
Last month, the Biden administration had said it was prepared to reimplement the program in mid-November if it could get agreement from the neighboring government.
Axios reported on Wednesday that the White House plans to offer COVID-19 vaccines to asylum seekers under the program, which sources said could restart within a week, though the administration said that would depend on Mexico.
The moves to restart the Trump-era program, which led to 70,000 asylum-seekers being sent back to Mexico, was prompted by Texas and Missouri winning legal battles that claimed the Biden administration was too quick to retract the policy.
World