Kliff Kingsbury being targeted by Oklahoma as next head football coach? 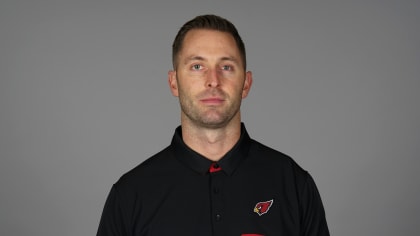 The college football coaching carousel is spinning out of control, and a high-profile NFL coach has now joined the fun. Sources confirmed to High Plains Pundit that Arizona Cardinals coach Kliff Kingsbury is being targeted by Oklahoma to be its next coach with Lincoln Riley leaving for the same job at USC.
Kingsbury, of course, is no stranger to the Sooners program, as he was the coach at Texas Tech, his alma mater, from 2013 to 2018. Though Kingsbury never beat Oklahoma, he was a part of some classic shootouts, including the fabled 2016 game (a 66-59 win for the Sooners) in which quarterbacks Patrick Mahomes and Baker Mayfield orchestrated 1,700 yards of total offense.
Alas, the likelihood of Kingsbury leaving his post in the NFL for the SEC-bound Sooners seems far fetched.
Kingsbury's Cardinals are 9-2 with six weeks left in the season -- not including a possible playoff run -- and quarterback Kyler Murray is making a case for league MVP. Also of note, Kingsbury would be entering the last year of his contract in 2022, marking a prime opportunity to posture for a competitive raise and extension.
Now, let's look at the reality of Kingsbury coaching the Sooners. He is in the last year of his deal, right? Actually, not quite.
As it turns out, Kingsbury's deal has a fifth-year team option that Arizona would surely exercise if the team continues to find this type of success.
This is the time of year that coaching rumors fly around fast and furious. Remember when the Browns were going to interview Condoleezza Rice to be their head coach? Or what about literally 24 hours ago when everyone and their mother was speculating that Lincoln Riley was going to LSU?
Maybe if the Cardinals were no good, Kingsbury would consider pulling a Bobby Petrino. But as long as things are going well in the desert, Kingsbury isn't going to want to leave.
So, Cardinals fans, don't fret. Oklahoma may want Kingsbury. It could even make him a massive offer.
More than likely, Kingsbury is not going anywhere. He's comfortable in Arizona. And besides, it's not like he was that good of a college coach anyway.
Sports