Health officials warn against jumping to conclusions on omicron 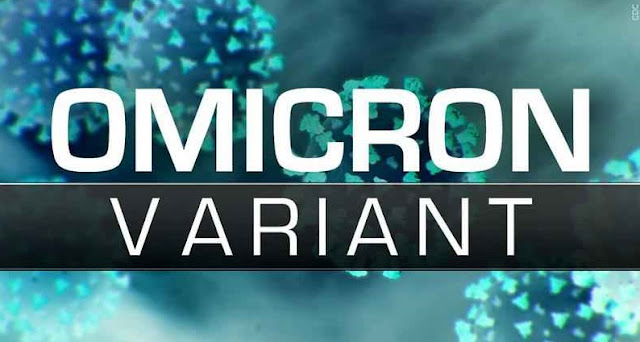 Leading U.S. health officials on Sunday cautioned Americans against jumping to conclusions about the omicron variant of the coronavirus as numerous countries outside South Africa, where it was first detected, report cases of the strain.
Experts stressed that data on the omicron variant is extremely limited and that data on whether it can evade vaccine immunity should be available in the next few weeks, providing a clearer picture of how countries should be addressing omicron.
Omicron was first detected in South Africa, and cases soon cropped up in neighboring African countries such as Namibia, Zimbabwe and Botswana. Countries outside the African continent have since reported cases, including the United Kingdom, Germany, Italy and Australia.
Although no cases have been confirmed in the U.S., chief White House medical adviser Anthony Fauci said on ABC’s “This Week,” that the varent will "inevitably" appear.
"When you have a virus that has already gone to multiple countries, inevitably it will be here," said Fauci. He also defended the travel restrictions that various countries, including the U.S., have imposed since the variant was detected, saying they will give them time to better respond.
Fauci also warned that there is a possibility the omicron variant can "evade immune protection."
"Right now, what we have is we have the window into the mutations that are in this new variant. And they are troublesome in the fact that there are about 32 or more variants in that very important spike protein of the virus, which is the business end of the virus," Fauci told host Chuck Todd on NBC's "Meet the Press."
However, National Institutes of Health Director Francis Collins said on "Fox News Sunday" that while data on omicron is limited, COVID-19 vaccines available in the U.S. have thus far been shown to be effective against all other variants of concern, including delta, giving reason to believe they will also protect against the new strain.
"Given that history, we expect that most likely the current vaccines will be sufficient to provide protection. And especially the boosters will give that additional layer of protection because there's something about the booster that causes your immune system to really expand its capacity against all kinds of different spike proteins, even ones it hasn't seen before," said Collins.
Former Food and Drug Administration Commissioner Scott Gottlieb echoed Collins's assessment, saying vaccine developers have "a pretty good degree of confidence" that fully vaccinated individuals who have received a booster dose of a vaccine are protected from omicron, though he emphasized that testing is needed to confirm this.
"If you talk to people in vaccine circles, people who are working on a vaccine, they have a pretty good degree of confidence that a boosted vaccine — so three full doses of vaccine — is going to be fairly protective against this new variant," said Gottlieb, who sits on Pfizer's board of directors.
While Collins estimated that it would take two or three weeks of laboratory and field studies to better understand the virus, Gottlieb said that data from early testing on how blood from fully vaccinated people reacts to the omicron variant could come as early as next week.
"I would expect that those studies are going to show that the neutralization against this virus declined substantially. But that doesn't mean that the vaccines won't be effective," Gottlieb said.
Posted by High Plains Pundit on November 28, 2021
Email ThisBlogThis!Share to TwitterShare to FacebookShare to Pinterest
Tags: National