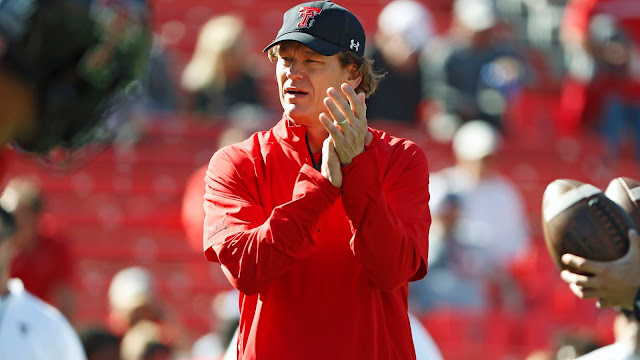 Just days after it was announced that Texas Tech interim head coach Sonny Cumbie would return as offensive coordinator for the Red Raiders in 2022, according to multiple reports, he is now being hired as the next head coach at Louisiana Tech.
Cumbie has a 1-3 record as the interim head coach this season after Matt Wells was fired. Cumbie is in his first season back at Texas Tech, where he was a record-setting walk-on quarterback. Prior to returning to his alma mater, Cumbie was the offensive coordinator at TCU under Gary Patterson for seven seasons.
Lousiana Tech was in the market for a head coach for the first time since 2013 after they recently parted ways with Skip Holtz. The Bulldogs were 64-50 in nine seasons under Holtz, as he helped resurge the program to a competitive level.
Texas Tech head coach Joey McGuire will now be in the market for both an offensive and defensive coordinator in the coming weeks.
Posted by High Plains Pundit on November 30, 2021
Tags: Sports