Who will meet in Arlington for Big 12 title game? 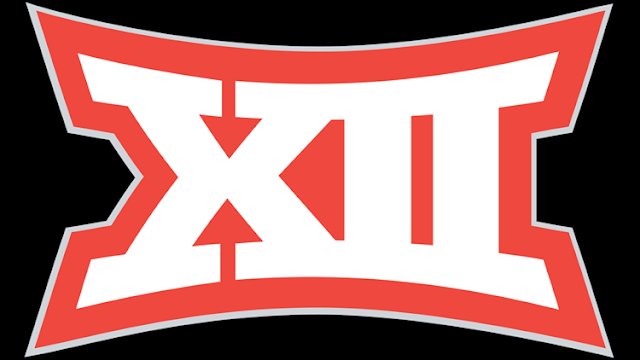 Oklahoma State could have removed most of the suspense from the remaining Big 12 football season with a win against Iowa State.
Sure, there would have been ongoing entertainment value of watching Oklahoma find new and novel ways to avoid a stunning upset and eek out another win to stay undefeated and in the College Football Playoff hunt. Struggling against Kansas? Just have freshman quarterback Caleb Williams hand the ball off on fourth down, then take the ball back for a first down.
“I loved the way we finish and damn, if we’ll ever figure out how to play a complete game, with the way this team can finish,” Oklahoma coach Lincoln Riley told reporters, “we can have something.”
All Oklahoma State needed was a win over Iowa State and a berth in the Big 12 title game against the Sooners would have been the most probable outcome. Instead, Oklahoma State suffered its first loss, falling to Iowa State 24-21 when receiver Brennan Presley was stopped just short on fourth down late.
Now the race to Arlington and a likely meeting with Oklahoma at AT&T Stadium on Dec. 4 has turned into a four-way sprint.
Oklahoma State (6-1, 3-1 Big 12) is still firmly in the mix despite the loss.
Iowa State (5-2, 3-1) has reinserted itself into the race and is playing at a very high level – finally, which led to a climbing analogy in the postgame press conference.
“We’re not one of those programs where we’re ever going up the really nice, smooth side of the mountain,” Iowa State coach Matt Campbell said. “Every year we play — and I don’t care what they say before the season — it’s going to be the rough side of the mountain.”
Baylor (6-1, 3-1) still only has the loss to Oklahoma State and a win over Iowa State as well as dates with Texas and Oklahoma at McLane Stadium.
And Texas (4-3, 2-2) --- yes, Texas, master of the blown double-digit lead – remains in the mix even with two league losses, like a slasher movie villain that persists way beyond its expiration date.
“There’s a lot of football left to be played, a lot of teams need to play one another,” Sarkisian said last week. “Ultimately we have to take care of our business, and our business is the next game. We have to get ourselves into the mindset of it’s one step after another, it’s not just trying to get to that [conference championship] game.”
The sorting out process continues Saturday with Baylor hosting Texas. It doesn’t end there.
The Big 12 finish is essentially a battle royale within the conference’s round-robin schedule. The top five teams in the standings face each other five more times.
In providing the Texas philosophy going forward, Sarkisian outlined pretty much the mindset of every contender.
“The one thing we can control is what we do, so that’s really what the focus is on, has been on and will continue to be on and we’ll see where the chips fall, we’ll see what happens with some of these games with people playing one another,” Sarkisian said. “In the end, come Thanksgiving and we’re playing right here, hopefully that game means something and giving us an opportunity to maybe get into [the Big 12 championship] game.”
Takeaways and lookaheads from the weekend in college football:
-- After a dominant 44-14 win over South Carolina, Texas A&M rose to three spots to 14th in the AP Top 25. The Aggies next host Auburn on Nov. 6, looking for their first win over the Tigers at Kyle Field since joining the SEC. Auburn has won all four meetings in College Station.
-- It’s white-knuckle time at Texas Tech (5-3) after the Red Raiders blew a 14-point lead in a 25-24 loss to Kansas State. Tech needs one win to get to bowl eligibility but must play at Oklahoma, Iowa State, Oklahoma State and Baylor to close the season. Yikes.
-- Speaking of bowl eligibility, that’s become the goal at TCU (3-4), which had much higher aspirations. A few things have gone wrong but the one number that stands out is the 451.1 yards per game allowed by the normally stout Gary Patterson defense. That ranks 119th of 130 FBS teams.
Sports