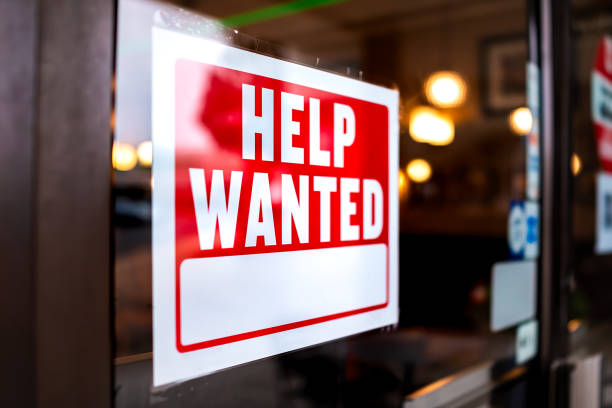 Texas employers added 95,800 nonfarm jobs in September — the strongest month for hiring since March — prompting economists to predict a full pandemic job recovery for the state within months.
The job additions also drove down the state’s unemployment rate to 5.6% from 5.9% a month earlier, according to data released Friday by the Texas Workforce Commission. Nationally, 27 states and the District of Columbia reported lower jobless rates in September.
“We did expect this type of acceleration in September with the COVID wave subsiding,” said Pia Orrenius, vice president and senior economist at the Federal Reserve Bank of Dallas. “We were growing more slowly earlier this year and now we are seeing the trend for the second half of the year will be faster growth, which Texas is used to.”
The Dallas Fed expects the state to reach pre-pandemic employment levels by January, Orrenius said.
Driving the jobs growth in September were gains in some of the sectors hit particularly hard by the pandemic.
Leisure and hospitality led the way with 31,900 jobs added in September, a welcome number as restaurants and hotels have struggled for months to win back employees who left or were laid off during the pandemic’s early days. For the past week, U.S. hotel occupancy reached 65%, its highest level since mid-August, but still down 10% from the comparable week in 2019, according to research firm STR.
Orrenius said not to read too much into the hospitality figures because the numbers were down in August and it’s an industry that remains susceptible to COVID surges. There are still 94,900 fewer leisure and hospitality jobs in Texas than before the pandemic.
Construction also was a bright spot, adding more than 16,000 jobs in September. That’s another sign people are returning to work, Orrenius said.
The national unemployment rate remains 3.3% below pre-pandemic employment levels and will likely take longer to fully recover, perhaps in late 2022 but more likely not until 2023, Vachon said.
Texas is seeing a boost now because of the slow return of workers to the market, Orrenius said. Previously, an unwillingness to return to the labor force was holding back Texas’ growth, she said.
In recent months, Texas workers are seeing faster wage growth than the rest of the nation, reaching another record-high data point in September, she noted.
“You can’t grow employment without workers,” she said.
Other bright spots include industries where there are more jobs now than in pre-pandemic times, according to Bureau of Labor Statistics economist Martin Kohli. Transportation and warehousing jobs are about 10.4% higher than before February 2020.
“More people are buying things from online retailers who need to have transportation to and from warehouses,” he said.
Professional scientific services jobs are about 7.4% above pre-pandemic levels, he noted.
Texas upstream oil and natural gas employment added another 2,900 jobs in September, extending the energy sector’s bounceback.
“The resilience of the oil and natural gas industry is evident given that upstream jobs are up by 23,600, or 15%, in just one year since the low point in September 2020,” said Texas Oil & Gas Association president Todd Staples in a statement.
Texas